YOUNG adrenalin junkies are risking their lives by filming themselves jumping off 70 foot high bridges and swinging just feet from the ground.

The new craze of bridge-swinging is currently sweeping the country, and youths in West Lothian are recording their life-threatening exploits and displaying them on YouTube.

Similar to base-jumping, bridge-swinging is a new daredevil stunt where teenagers strap themselves to the side of a bridge, throw themselves over the side and swing like a pendulum below.

The dangerous actions are being condemned by police and professional associations. Online footage of the crazy antics shows youths in Almondvale Country Park, near East Calder, throwing themselves off a 70 foot stone bridge with nothing but a nylon rope saving them from certain death.

The young daredevils are so keen on fame they have even named themselves on the YouTube video. The information accompanying the disturbing pictures reads: “Bridge swinging (sic) in East Calder, west Lothian just outside Edinburgh. Featuring Mike Smith, Chris McCann, Scott Ritchie and others whose names I haven’t collected yet.

“Its only going to get bigger and better from here onwards. By the way, its scary as hell.”

Alongside the West Lothian footage on YouTube are other larger jumps from around the world. In Australia, bridge-swingers regularly hurl themselves off bridges of up to 500 feet high.

The odd hobby is offered professionally by extreme sport organisations and is widely available on internet sites. One site promoting the activity in Scotland, Vertical Descents, describes bridge swinging as “like bungee jumping with a swing”.

“It’s a very dangerous sport if the right safety procedures aren’t followed. We’ve been offering bridge swinging to our clients for just over five years, and about 250 partake in it safely every year.

“We use proper safety equipment such as climbing ropes, helmets and a full body harness. We also change our ropes after so many jumps because they become worn and frayed quite easily.

“As a company we wouldn’t advise anyone to attempt this sort of thing without the proper equipment and expertise.”

A police spokesman said: “We would urge people to exercise caution when participating in this so-called craze, as they could cause themselves serious injury.” 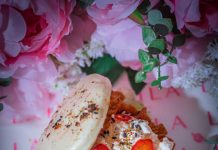 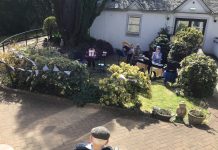