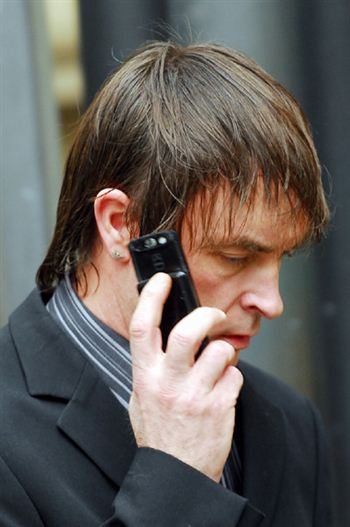 AN airport worker has handed over a cheque to pay back his bosses after stealing over £6,000 worth of goods from duty free and flogging them on online auction site eBay.


Richard Somerville, 42, took the luxury items – including cosmetics, sunglasses, watches and memory cards – while he worked in the World Duty Free shop in Edinburgh Airport.


And in a bid to solve his cash-flow problems, he decided to put a number of items up for sale online.


But his money-making scheme was foiled when bosses found out about the thefts and reported him to police.


He was dismissed from his job and has now taken a loan out to pay his former employers back the sum of £6,090 after police couldn’t get back the stolen goods.


Yesterday the Livingston man was also ordered to do 200 hours of unpaid work at Edinburgh Sheriff Court, after admitting the scam.


Fiscal depute Alison Innes said: “The accused was working the duty free area and was having financial difficulties.


“He told police he sold some of the items on eBay.”


She said there had been no recovery of any of the goods which were taken between September 2006 and August last year.


He said: “He made a full admission to his employer about what he had done and discussed the possibility of reimbursing them.


“After he was dismissed the next thing he knew he was being interviewed by police.”


Mr Wilson said Somerville had taken out a loan to pay back the firm.


Sheriff Morrison ordered Somerville to pay the cash back and carry out community service.