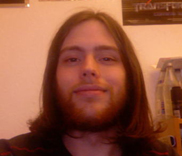 A TRAGIC young biker killed at the weekend had dreamt of riding across the world’s continents.

Gordon Strachan, 24, was saving to take his beloved motorbike across the States before he was involved in a tragic accident on Friday night.

He was raced to Edinburgh Royal Infirmary where he was kept in intensive care but lost his brave fight for life on Saturday.

His mum Linda said despite his tragic death, Gordon’s donated organs will save three lives.

Yesterday she and father Alan faced the heartbreaking task of packing his life up at his Bruntsfield Place flat.

Gordon had told friends his “current mission was to find a new job, get some cash and cross the US on motorbike”.

And Linda, 49, said: “He dreamed of riding coast to coast across America on Route 66, but never really had the money. Next year he was hoping to travel across Europe and then maybe do America the year after.”

But after his accident in Edinburgh’s Saughton Road North, he will never fulfil his dream. Gordon’s bike hit a blue fiat just after 6pm.

Despite treatment from a doctor and a fireman at the scene he never regained consciousness.

His life support was switched off on Saturday evening.

But Linda said: “He donated both his kidneys and his liver and will have saved three lives. We are sure he would approve of that. During his surgery he was given 50 pints of blood, and if nobody donated that he wouldn’t have got it.”

Gordon bought his new bike – a Honda CB600 hornet – in January and was working as a delivery man for an Edinburgh branch of Pizza Hut.

Linda said although Gordon loved his bike, she feared for his safety.

She said: “He knew we hated it but we could see how much he loved it and appreciated the freedom it gave him,”

His devastated mother also revealed the family had a similar scare in February when Gordon’s younger brother, David, crashed his motorbike, breaking his wrist.

She added: “He survived thank God, but Gordon is gone now.”

Although living in Edinburgh, Gordon was originally from Sauchie, Clackmannanshire.

Linda added: “I can only describe him as my son, he was compassionate and wonderful with his nephew Euan, who will miss him terribly.”

The family said the funeral was due to take place at Sauchie Parish Church on May 11 while police renewed their appeal for information.

A Lothian and Borders Force spokesman said: “We would like to speak to anyone – motorist or pedestrian – who was in the area and saw what happened.

“We know that the motorcyclist travelled through Corstorphine High Street towards the accident scene, and we ask that anyone who saw the black motorbike in that area at the time to get in touch.

“We also want to speak to those motorists who were in a moving queue of traffic on Saughton Road North and noticed the motorcyclist immediately prior to the collision, and who left the scene shortly afterwards, perhaps not realising the severity of the incident.

“In particular, we want to speak to a taxi driver driving a black cab who we know was in this queue of traffic area at the time, as well as another motorist.”

Tributes have been pouring into Gordon’s bebo page where friends describe him as a “wee star” who didn’t have a bad bone in his body.

His parents have welcomed the sentiments. Linda added: “It’s very nice to hear from people who knew him but we had never met.”

She said that former workmates from Pizza Hut have vowed to close the restaurant to attend Gordon’s funeral.