Mum banned from swimming because of shorts 065 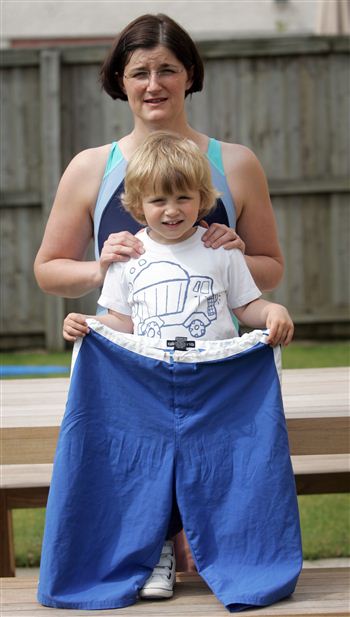 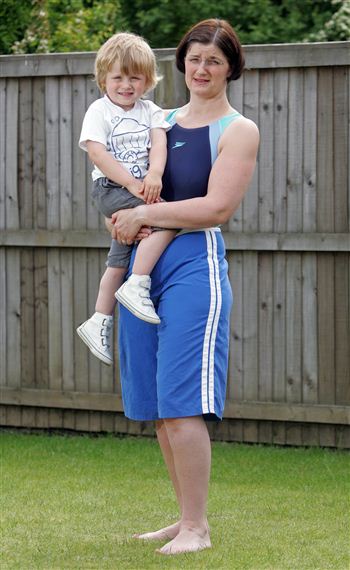 A MUM has been banned from her local baths for wearing a pair of shorts over her swimming costume.

Attendants told Jacqueline Innes, 37, that only males could wear swimming shorts and she wasn’t allowed.

The nurse, who is teaching her two-year-old son to swim, says the policy is like something from Victorian times.

Attendants at Cowdenbeath Leisure Centre, Fife told Jacqueline, from Dunfermline, she wasn’t allowed to wear shorts when she took her son Jackson there last Friday.

She said: “I was walking with my son to get into the pool when a female member of staff stopped me and asked if I was going to take the shorts off.

“I asked why and she said I was inappropriately dressed and just walked off.

“Minutes later, after we had got in the pool, a manager came over and asked me if I had a disability.

“I said no and she said I should only be wearing a swimming costume and only men can wear shorts.

“She then said that my shorts were too long and they shouldn’t be longer than the knee.  Therefore they posed a health and safety risk.

“If this was the case then why did the first attendant let me get in the pool in the first place?”

Jacqueline says she wears the shorts for personal reasons and was singled out by staff at the centre.

She continued: “Shortly afterwards a group of lads came in and I counted six of them whose shorts went below the knee.  Not one member of staff said they couldn’t wear them though.

“The whole thing left me so annoyed and I felt uncomfortable in the pool so left half an hour earlier than normal.

“As I made my way to the changing rooms I pointed out the boys’ shorts to the first attendant but she refused to go and speak to them.

“After I got changed I found the manager and told her about the boys but she didn’t do anything either.

“I asked why I had been picked on and why only my shorts were inappropriate but she couldn’t give me a reason.  She just said I wouldn’t be allowed back wearing the shorts.

“It’s ridiculous, it is like something from Victorian times.  The staff were so single-minded and couldn’t give me reasonable explanation why I wasn’t allowed to wear shorts.

“Now my son suffers because I can’t take him swimming – it’s ridiculous.”

Jacqueline has since written to Fife council demanding an explanation for her treatment.

Glen Rorrison, manager of Fife Sports and Leisure Trust, said she wasn’t allowed to wear her shorts because they could become too heavy when wet and would weigh her down.

He said: “To ensure the health and safety of customers, swimmers are required to wear appropriate swimwear.

“For ladies, this would be either a swimming costume or bikini and for men swimming trunks or shorts.

“Non swim regulation shorts are not appropriate for either make or female bathers.”

Jacqueline responded blasting: “That doesn’t make sense as there were males in the pool wearing shorts well below their knees but no one said anything to them.

“It was just me who was told I wasn’t allowed to wear them. Why would males not get weighed down? I have been singled out.”