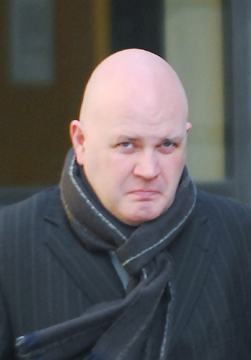 AN AWARD winning hairdresser hired private eyes to spy on his staff after almost £80,000 worth of top-of-the-range hair straighteners went missing, a court has heard.

Charlie Miller,63, brought in an investigating firm after accountants noticed 600 pairs were unaccounted for.

After reviewing CCTV tapes and checking for the “Good Hair Day” or GHD irons on Ebay, he suspended a protégé who was manager at one of his up-market salons in Edinburgh.

Following a police investigation, Mark McMorrine was charged with the theft of almost £80,000 worth of stock and making £63,000 by selling it on Ebay.

Giving evidence at Mr McMorrine’s trial at Edinburgh Sheriff Court yesterday (Thursday),  Mr Miller said he had trusted Mr McMorrine “100 per cent” and was “deeply hurt” by his alleged betrayal.

Mr Miller, an eight time winner of the ‘Scottish Hairdresser of the Year’ award, told a jury of eight men and seven women that Mr McMorrine had worked for him for around ten years.

He said the company had been grooming Mr McMorrine to become a partner in the massively successful chain, but added that when they opened their Ocean Terminal branch an offer from Mr McMorrine had been turned down.

Mr Miller said: “He asked my son Joshua if he could be a partner in the business but he had not progressed to that yet.

“But that was in our minds.”

Mr McMorrine, who Mr Miller knew as Steven, was assistant manager at a salon in South St Andrews Street and was put in charge of a new shop in Ocean Terminal.

But when stock started to go missing, Mr Miller said, he and other directors told police and asked private detectives to investigate. 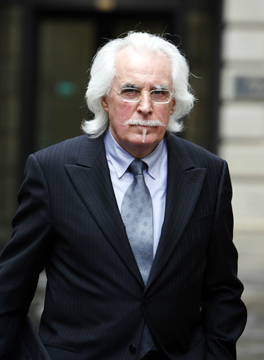 Mr Miller, who now has five salons, also told Mr McMorrine about the missing stock who claimed that another two workers could be suspected of the thefts.

This prompted “about two weeks of intensive study” on another stylist in the Ocean Terminal shop and two members were suspended but eventually kept on according to Mr Miller.

He added: “Suspicion started to go to Steven.”

The court heard how Mr McMorrine was preparing for his wedding at the time, an event which Mr Miller himself attended.

A private detective working for Mr Miller, who opened his first salon in 1965, told the directors of the company that a likely way for someone to move the goods would be through Ebay.

Mr Miller said they then confronted Mr McMorrine over the missing hair irons, which Mr Miller said were “exclusive and desirable”.

He said Mr McMorrine, from Lasswade, claimed to have “some proof” of where he got GHDs from but “did not or would not” provide it.

Mr McMorrine, represented by Counsel Mark Strachan, maintains his innocence and the trial, before Sheriff Derrick McIntyre, is set to last until the end of next week.