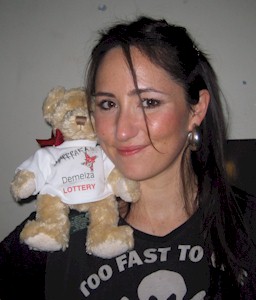 Scottish bands who performed at this year’s T in the Park have seen their CD sales rocket – with The Fratellis leading the way with an amazing 157 per cent increase over the past week.

HMV have said copies of the Glaswegian rockers album ‘Here We Stand’ are flying off the shelves after their successful festival appearance last weekend.

Kilmarnock outfit Biffy Clyro have also seen a spin off from Scotland’s largest music extravaganza with sales of their album ‘Puzzle’ up a whopping 58 per cent.

And KT Tunstall’s ‘Drastic Fantastic’ CD has seen a 45 per cent rise since her acclaimed performance on the festival’s opening night.

Dave McGeachan of T in the Park promoters, DF Concerts, said: “It’s great to see that the weekend’s performances at T in the Park have had such a fantastic effect on music sales for the artists concerned.

“Biffy Clyro, KT Tunstall and The Fratellis are an example of the terrific talent Scotland has to offer and their live sets to huge crowds at T in the Park were phenomenal.”

But it’s not just Scots bands that have benefited from this year’s festival.

Sales of New York electro duo MGMT’s album ‘Oracular Spectacular’ have risen an incredible 135 per cent on the back of their appearance.

English popsters The Ting Tings have experienced an 85 per cent hike in copies of their No 1 debut album, ‘We Started Nothing’.

And controversial chanteuse Amy Winehouse benefited from her performance north of the border as sales of her soulful ‘Back to Black’ increased by 37 per cent.

Following an increase in television and radio coverage, HMV has seen music sales rise dramatically on the back of the various summer festivals over the past couple of years.

A number of artists who saw a pick up in current album sales are thought to have enjoyed even greater success if they had new material available to purchase.

The Chemical Brothers saw their ‘Singles Collection 1993-2003’ rocket up by 95 per cent the week after their amazing performance at the festival.

An HMV spokesman said: “With the profile it now enjoys, T in The Park ranks alongside the likes of Glastonbury and Reading & Leeds as a premier-tier festival, and its impact on artist sales – Scottish as well as British and international – is becoming increasingly significant.”