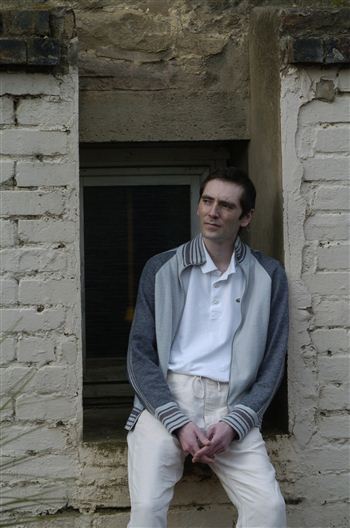 A STRICKEN former snooker champion is facing a cash crisis after giving up his battle for money from a World Snooker disability fund.

Since then Chris, 34, has been embroiled in a turbulent battle with trustees of the Professional Billiards and Snooker Players Benevolent Fund for financial assistance.

But following the most recent stumbling block recent from the trust, the Edinburgh-based father of four has resigned himself to receiving nothing.

He said: “It’s been the longest running saga ever.

“They told me they had already provided for me which is a lot of rubbish. They said they had made funds available for my medical treatment while I was still playing which I didn’t use.

“It just dragged on and on.

“I’m a wee bit disappointed about being refused, but I’m not surprised by World Snooker because the organisation is a shambles.”

In the latest development, the trustees told him they would not pay out unless he could provide them with a medical certificate – which would cost him £250.

But he refused because he had previously been rejected by the board and couldn’t afford to stump up the cash.

Chris and wife Clare even tried selling their house in the capital to free-up extra income but had to take it off the market because of the instability of housing prices.

Clare, a child-minder is currently on maternity leave following the birth of the couple’s son, Christopher.

And without a steady stream of income the couple are now facing a life on benefits.

Chris said: “I will not be able to work a normal job because of my back.

“I receive jags every three or four days and feel fine for a while. But when it wears off I’m in agony. I’ll be on benefits for life now.

“With Clare on maternity leave as well, money is tight.”

Chris believes World Snooker’s court battles have had an affect on the number of players receiving financial aid from the trust fund.

He said: “Clive Everton, the snooker commentator did tell me that eight or nine players had received around three or four thousand pound. I don’t know how long ago that was, but I have noticed a decline in the amount they pay out.

“World Snooker have wasted so much money on legal battles that were pointless. That money could have been spent better, like towards former players who needed it.”

But the former LG Cup winner has been full of praise for his fellow professionals who have come out in support of his fight.

Snooker heavyweights Jimmy White, John Parrot and Graeme Dott have all condemned the trust for failing to help their ill colleague.

White has slammed the organisation for failing to help Chris, calling their decision “diabolical.”

He said: “I think it is diabolical. The man pursued a career in snooker but now it looks like they are turning their backs on him, which is such a shame.”

Chris welcomes the support from his peers, but has resigned himself to the fact that he won’t be helped by the organisation.

He said: “It’s good to know that these guys are speaking up. But World Snooker is one of those organisations where it won’t matter if the top 64 players came out and said they support me.

“They don’t care. It won’t make a difference.”

World Snooker Limited said they would not comment on individual applications.