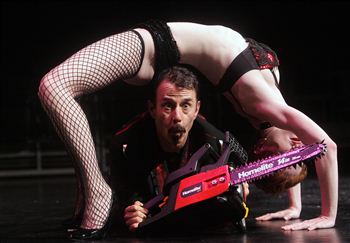 A CIRCUS ring-master has criticised big name performers for ruining the Edinburgh Fringe.

Jim Rose has kept his controversial act away from the three-week event for the past ten years, because he says high-profile stars making stop-off appearances have turned it into a money-spinning venture.

But he has returned this year and insists he’s going to bring back a sense of what the Fringe used to be about.

He said: “The Fringe has gone corporate. I think it’s these celebrities who come in and do one show and soak up three thousand or six thousand tickets and then leave again. They hurt the smaller performers who play the Fringe.

“It’s easy for me to do that too, but it’s not about the money for me.

The Jim Rose Circus first achieved fame while performing on the second stage of Lollapalooza in 1992.

Since its 1998 appearance in Edinburgh , the group has toured the world and even had its own television show in America that, according to Rose,  was cancelled “because it was too risqué for the network.” 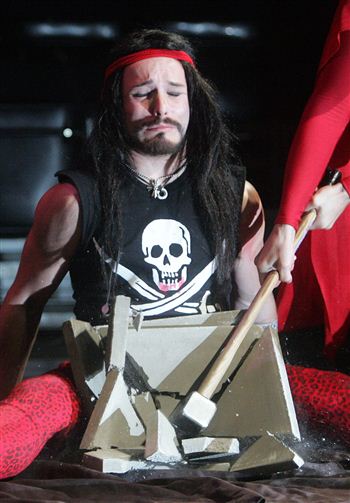 But Jim says he is delighted to be back and explained why now was the ideal time to make his return.

He said: “Edinburgh is a special place for me. I didn’t want to come back unless I had a show that could top all the others.

“I only show up every now and then to give pop culture a tap on the head.

“I had the top selling show for four years in a row and they changed every time. I’m back now because I want to bring to the Fringe 2008, a sense of what it used to be about. I want to put the capital letters back into Fringe.

“People can expect to laugh the hardest they’ve ever laughed in their lives.”

20 OFF THE CUFF with Filament founder Joseph Pinzon