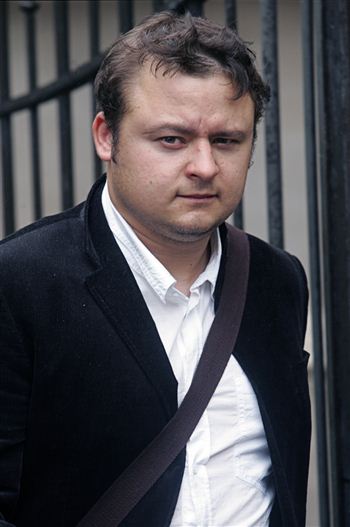 HUNDREDS of plane passengers were held up for six hours after a mechanic made a gag about having a gun.

Vytautus Gulbinavicius, 25, showed a stewardess a strap around his leg – which was actually for a sun visor – and told her it was a gun holster.

Nearby passengers also heard the comment and take-off had to be cancelled moments before the flight was due to leave Edinburgh Airport.

The pilot of the Flyglobespan flight returned the passengers to the terminal and the Boeing 737, headed for Egypt, did not depart until 10.50am – nearly six hours after the original departure time.

Police arrived and hauled him off the flight, which was carrying 130 holidaymakers to Sharm el Sheik on April 30.

While his family and friends were enjoying the first night of their holiday, Gulbinavicius was locked up in St Leonard’s police station.

Today, at Edinburgh Sheriff Court, he was given 80 hours of community service for the back-firing prank after admitting a breach of the peace charge.

His lawyer, Elspeth McDougall, said to describe the comment as “ill-advised” would be “a huge understatement”.

She added: “He was in high spirits, as were the rest of the passengers and he had taken a drink.”

Miss McDougall said other than the stewardess being initially taken aback, the comment did not incite any real fear or panic on the flight but he accepted his actions had caused considerable inconvenience.

She said Gulbinavicius, who lives in Aberdeen, had been in Scotland for four years without any trouble and had apologised for the comment immediately.

She ordered sentenced him to 80 hours’ community service and transferred the case to Aberdeen Sheriff Court.

Egypt Uncovered: Top 10 Things To Do

Hearts midfielder Arnaud Djoum humbled & determined as he aims to emulate the likes of Samuel Eto’o & Rigobert Song by lifting the Africa...