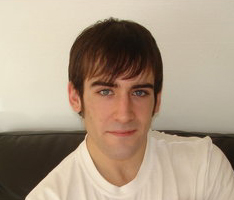 AN aggrieved attack victim has been fined for arming himself with a giant gobstopper in a sock.

When police caught him carrying the sugary weapon at a leisure centre, he said he was beaten up weeks before and needed it for his own safety.

But yesterday in court, a sheriff told him the gobstopper was a serious weapon “capable of inflicting a nasty injury.”

The former glazer was caught at Edinburgh’s Drumbrae Leisure Centre by police who were searching him for cannabis.

The drugs charges were dropped, but Harvey admitted carrying the sweet in a sock as an offensive weapon on December 19 last year.

Sheriff Kenneth McIver demanded to see the giant gobstopper for himself during the trial diet at Edinburgh Sheriff Court, but stopped short of holding it because it was “rather mouldy.”

He questioned “how something so big could be edible.”

But defence agent Matthew Nicholson insisted it was “a substantial piece of confectionary which could be eaten.”

Mr Nicholson added: “It’s a fairly weighty item in a sock, and had been under the seat of his vehicle for two months after he was assaulted.

“He kept it in the footwell below his driver’s seat for protection.”

Fining Harvey £400, Sheriff McIver told Harvey: “You will be aware of the ongoing national debate on offensive weapons including knives.

“But all too often this court has to consider other improvised weapons like this.

“It’s obviously something that is capable of inflicting a nasty injury but it’s not in the same category as a knife or an axe, so I’m not going to consider custody.

“But it falls into the category of being a nasty item because it is very hard and heavy.”