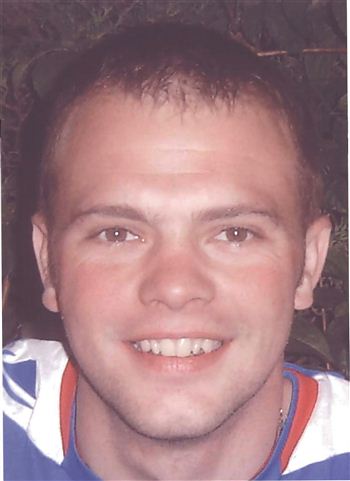 A DIABETIC holidaymaker fell into a coma and died – just hours into a luxury break to celebrate his birthday.

Andy Todd, 30, had gone to Mexico to visit a group of friends but started to feel ill as soon as he stepped off the plane.

He went to bed to try and sleep it off, but he never woke up – dying two days before he would have turned 31.

Speaking from the family home in Cowdenbeath, she said: “Andy died two days before his 31st birthday. On the day we found out, I had actually been in town getting his card.

“When I got back home I found out he had died. It’s the worst thing in the world. No mother should have to bury their son.

“It still hasn’t fully sunk in.  I am still in complete shock. We still can’t believe this has actually happened, we’re devastated.”

Rangers-daft Andy was diagnosed with diabetes at the age of 14, but still lived an active life and loved to play football.

He often travelled the world for his job as a cutting machine operator with Simclar International Ltd.

And the “fiercely patriotic” Scot, who had even discussed plans to emigrate with his mum and brother, had previously visited Mexico for six months to teach workers how to use cutting equipment.

Bosses at Simclar were so fond of Andy, the company forked up nearly £3,000 to bring his body home because he did not have travel insurance.

Anna said: “I can’t thank them enough – they were absolutely brilliant when they found out about the lack of insurance.”

Now, she says her only comfort after the death of her son is that they parted on good terms.

She said: “The last thing I said to him, like I say to both my sons before they go anywhere is take care and I love you. Andy told me he’d be fine and that he loved me too.

“That is a real comfort to know that was the last thing we said, because you can take it for granted that you can just talk to them and cuddle them whenever you want.”