SIR Sean Connery has launched his much-anticipated autobiography by reading extracts to hundreds of fans.

The Bond legend turned up at his home city’s book festival to unveil his memoirs called Being A Scot – which trace his rise to becoming a world-famous film star.

And Connery – who also celebrates his 78th birthday today – reveals details of his life growing up in Edinburgh before securing his place among the Hollywood elite. 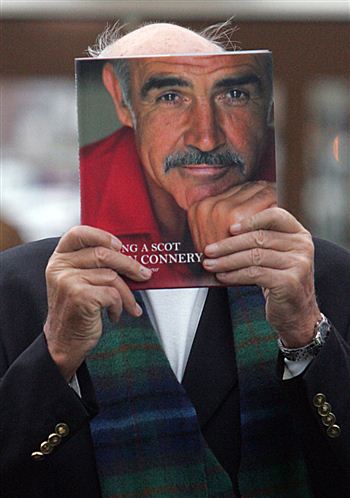 At a photocall ahead of the reading, he unveiled the front cover of the book which is co-written with Scottish filmmaker Murray Grigor.

Sir Sean thanked and joked with photographers who wished him happy birthday before heading off to the sell-out event.

The Edinburgh International Book Festival, which finishes today, is celebrating its strongest ever year by securing the world exclusive Connery reading.

And the long-awaited autobiography was read in front of an audience of 570 in the festival’s biggest venue which sold out in just one hour.

Some fans queued from as early as six in the morning to catch a glimpse of Connery and secure their place on the front row.

And for the director of the 25th book festival, Catherine Lockerbie, there was only one place the work could ever have been launched.

Ms Lockerbie set her sights on securing the main attraction as soon as she heard about the screen legend’s novel.

She said: “A few years ago, Sir Sean said he was giving up movies to write his autobiography and I thought ‘When that book comes out, there is only one place on the planet that it is going to be launched and that’s at my festival in Charlotte Square Gardens. 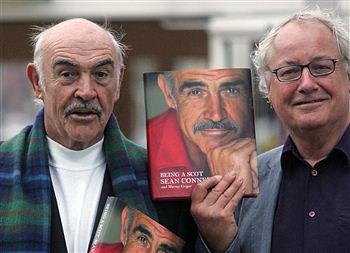 “When Murray Grigor became co-writer we just kept in there and argued very strongly that our festival was the best festival for this book.

“To me it just makes total sense. It had to be in his city, it’s a lovely thing that it’s on his birthday on the final day of our anniversary festival. It’s perfect.”