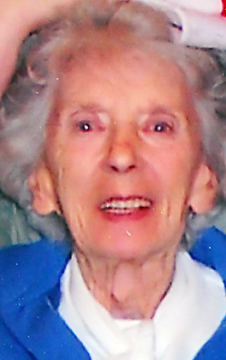 THE Grand Lodge of Scotland has been fined £100,000 over the death of a resident at one of their care homes.

Scotland’s top mason – Sir Archibald Orr Ewing – was indicted as office bearer for the lodge over health and safety failings which allowed an 87-year-old woman to fall to her death from a second-floor window.

Management at the Edinburgh home failed to fit restrictors to the windows despite a Care Commission recommendation to do so.

Instead, two windows were simply painted shut – including the one that 87-year-old Leah Bell fell from.

And staff were not even properly trained to check windows were safe for residents.

Sheriff Gordon Liddle said the lodge had “clearly failed to meet their responsibilities” adding that their best efforts “had fallen well short”.

Edinburgh Sheriff Court heard how a 2002 Care Commission audit had advised managers at Sir James McKay House in the Ravelston area of the city to have all windows above ground floor fitted with a mechanism which prevents them from opening more than 9cm.

The home accepted these recommendations and say that works were carried out to meet them.

But two windows – including that of one in Mrs Bell’s room – were missed and simply “painted shut”.

Widowed for the third time just 15 months before, Mrs Bell was not coping well and the obituary of her third husband, Reg, was found on her bedside table after her fall. 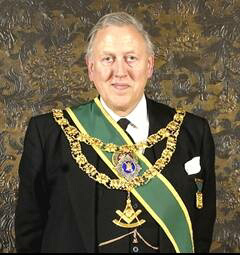 Staff carried out an assessment of her mental and physical health when she moved into the home in February 2006 and found her to be in generally good health.

But in the lead up to her death changes were noted in her behaviour, which was put down to a urine infection, and staff members checked on her three times in the hours before her death on March 10.

They found her lying on the ground outside her second-floor room and called for paramedics who rushed her to Edinburgh Royal Infirmary.

The senior care officer at the home, one of two operated by the lodge in Scotland, admitted that staff did not physically check if the painted windows could not open.

Staff were not aware that windows should not have been painted shut and that every window should have been fitted with a restrictor, meaning the dangers were never picked up.

This amounted to a failure to provide employees with adequate training on the part of the lodge.

Sheriff Liddle said: “This is a tragic set of circumstances because of inexcusable failure to secure windows and an old lady died.

“The tragedy is that this was so easily preventable.”

Despite the sheriff’s damning assessment of the lodge’s failings Mrs Bell’s daughter, Brenda McConkey, said she did not blame the home for her mother’s death.

She said: “In our opinion if she was that determined to get out she would have done.

“Whether it was because she was upset or she panicked and thought there had been a fire alarm we will never know.”

Brenda, 63, added: “She had been widowed 15 months earlier and had not been coping well, I don’t think she enjoyed being on her own.”

Of the hefty fine, Brenda said: “It is an awful lot of money but I suppose you have to take loss of life seriously.”

David Begg, who was also indicted as Grand Secretary of the lodge was at court yesterday but declined to comment.

Their lawyer said the lodge took full responsibility for the tragedy and lessons had been learned.

A Care Commission spokesman said: “Owners of care services are required to ensure their premises are safe and fit for purpose.

“The Care Commission carries out regular inspections to ensure care homes have the correct policies and procedures in place for the safety and welfare of residents.

“Where areas for improvement are identified in a building, these will be highlighted to the provider.”