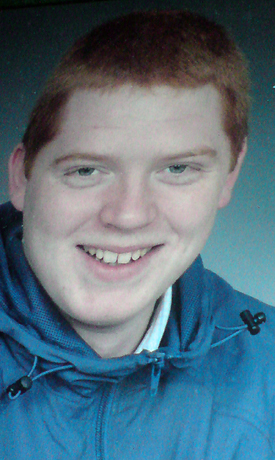 THE Hibs ‘casual’ banned from every UK football stadium has been unmasked as a HEARTS supporter.

Paul Angus, 20, had a Football Banning Order (FBO) imposed meaning he can’t go to any match in Britain for the next three years.

Police monitored the thug for months before successfully applying to Edinburgh Sheriff Court for the FBO.

And despite being caught fighting with Hibs hooligans, it has emerged Angus, from Edinburgh, does in fact support city rivals Hearts.

It isn’t uncommon for hooligans to join the ranks of opposition gangs with the Easter Road side’s said to be more revered in hooligan circles than their rivals’.

Angus, who works as a lab assistant in Edinburgh University’s chemistry department, has to surrender his passport whenever Hibs play abroad.

However, the current banning order doesn’t prohibit him from travelling abroad if he was to ‘follow’ Hearts instead.

Should intelligence arise suggesting he was going overseas in such an event to cause trouble, police could then apply for another order requiring him to hand over his passport.

Last night detectives confirmed they knew Angus was a Hearts fan but chose instead to fight with Hibs casuals.

A Lothian and Borders police spokesman said: “A football banning order was granted in respect of Mr Angus as a result of intelligence surrounding his activities with other individuals affiliating themselves with Hibernian FC.

“The conditions of the football banning order are that he is banned from every football ground in the UK for the next three years, and that he is required to surrender his passport whenever Hibernian FC travel abroad.

“However, there is no requirement for him to surrender his passport should he choose to travel abroad with another club.”

Angus did not contest the FBO which was granted a fortnight ago and made him only the second fan in the Lothians to be punished this way.

Fellow thug, Kevin Watt, was also served with an FBO last summer.  He and Angus were convicted of being involved in a mass brawl at a railway station after Hibs played Falkirk in 2006.  They were fined £225 each.

A source close to Angus said: “He is a Jambo and always has been.  His mates went to the Hibs game so Paul decided to just sit in the pub and catch up with them after the game.

“When he met them later he got caught up in a fight at Falkirk station which ultimately led to his banning order.”

Watt, 19, was given his three-year ban after he was charged with chanting racist abuse during a CIS Cup semi-final at Tynecastle.

Hibs were last night unavailable for comment on the new development.

They previously welcomed the action against Angus and pledged to help root out the ‘small minority’ of hooligans.

A spokeswoman for the club said: “The individual concerned is one of a small minority who continue their attempts to tarnish the otherwise good record of Hibernian supporters.

“The club is fully supportive of the application made by Lothian and Borders Police and welcomes the outcome.”

Police also revealed a number of Hibs and Hearts hooligans have been identified and intelligence is being gathered to serve them with FBOs.