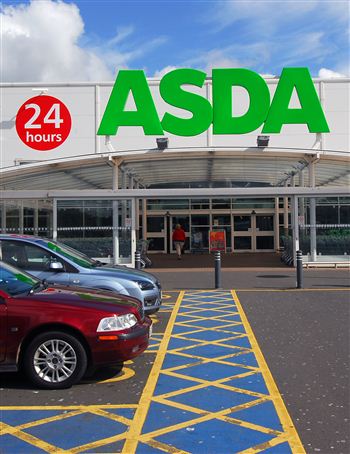 ASDA staff have been told to take Tesco fliers out of newspapers and dump them in bins in a bid to win the credit crunch price wars.

But staff blew the whistle because they felt too ashamed to carry out the sneaky tactics, saying they weren’t even allowed to recycle the leaflets.

Red-faced Asda bosses admitted that thousands of leaflets were binned at an Edinburgh store this month.

One worker even considered quitting the job because it “went against their ethics.”

Environmentalists have slammed the supermarket’s ploy, saying it flew in the face of their corporate social responsibilities.

Tesco insiders were quick to blast their rivals’ antics, saying: “This smacks of desperation.”

One Adsa worker at the capital’s Chesser store said his bosses were “scared of a bit of competition.”

He said: “One of the people in the cigarette kiosk had to stand and take all the inserts out and was really hacked off about it.

“They were going to quit on the grounds that it was eco-unfriendly and went against their ethics.

“It proves Asda are scared of a bit of competition.”

The “final straw,” according to the anonymous worker, was when Tesco took out a full front page advert on a local paper, and staff were told to cover them up.

He added. “I used to like my job, but now I just hate everything about Asda.

“The managers take it so seriously to the point of ignoring moral and environmental responsibilities, it’s just stupid.”

Wal-Mart-owned Asda had previously set a target of 2010 to stop sending all waste from its 307 UK stores to landfill sites.

They pledged to recycle, reuse or compost all of their waste.

Scottish Green party founder Robin Harper MSP said it would be “easy” for Asda to recycle the fliers, but said they shouldn’t be doing it in the first place.

He said: “I imagine that the newspaper advertisers are not particularly happy with this practice by Asda staff.

“I am concerned that the fliers are ending up in landfill when Asda must be making moves to recycle all their waste.

“These fliers can be easily recycled by all of us.”

They said: “The bosses had quite a laugh when they heard about this.

“It’s astonishing that they are chasing Tesco to the point that managers in individual stores will stoop to this level.

“On one hand it’s slightly amusing and smacks of desperation.

“But from a PR point of view it doesn’t look good when you’re dumping thousands of fliers into landfill at the same time as saying you’re going to do this and that for the environment.”

An official Tesco spokesperson said it wasn’t their place to comment on Asda’s actions.

He said: “We can’t comment on this one, as much as we’d love to.

“Asda have apologised and that speaks for itself.”

Speaking on behalf of Asda, a spokesperson insisted the order to bin leaflets didn’t come from senior bosses.

They said: “Unfortunately it seems that the situation last Wednesday did happen.

“I can categorically state that this is not a company policy and not something the senior management were aware of.

“As a priority the store manager will communicate with store staff to ensure this situation does not occur again.”