First fatality on Forth Road Bridge 196 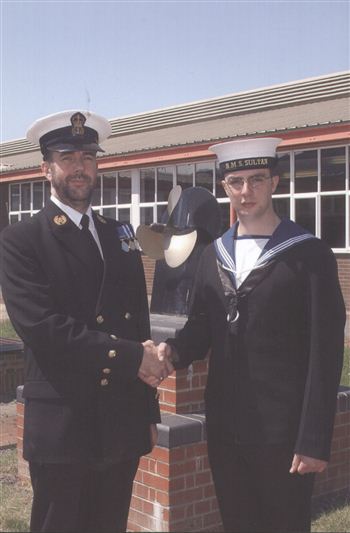 THE motorcyclist who died after a horror crash on the Forth Road Bridge was the first fatality the structure has had in its 44-year history.

Naval officer Alex Comrie, 48, was travelling to his job as a careers officer in Edinburgh when his silver Honda motorcycle was involved in a collision involving a white van and a blue car on Monday morning.

Fife police and The Forth Estuary Transport Authority say that while crashes on the various slip-roads of the bridge are common, they have no record of a previous fatality on the bridge itself.

Speaking at the family home in Rosyth, Alex’s widow Fay, 49, said she and her children were still trying to come to terms with their loss.

She said: “We are not coping very well to be honest. I’m still waiting for him to come through the door for his tea at five o’clock.

“I gave him a kiss goodbye and said see you tonight. I text him wondering why he hadn’t come home and then the police came to the door.

“I just love him so much and I just want this horrible nightmare to end.

“He always used to shout, ‘honey, I’m home’ when he came through the back door. I’m never going to hear that anymore.”

Alex had served with the Navy for 32 years and had risen to the rank of Master at Arms, having joined in 1976 aged 16 and trained as an Ordnance Electrical Mechanic in 1984.

In later years, he worked in the Naval careers office in Dundee, before transferring through to Edinburgh.

And Alex was said to be thrilled when his eldest children, Angela and Graham followed in their father’s footsteps and joined the Navy.

But despite dedicated service to the Navy, Fay insisted that the ardent Dunfermline FC fan husband was equally as committed to always being there for his children.

“He was happiest when he was watching formula one or football. And he was also very proud watching Angela and Graham’s passing out ceremony and AJ getting into university. He never thought that any of his children would go to university so he was very proud.

“We were a very family orientated and never drank. Anything we did, we did as a family. He would have gone to the ends of the world for me and the kids.”

News of Alex’s death has come as a shock to the local community in Rosyth, and Fay and her family have since been swamped with messages of condolence.

Fay said: “I have had a lot of support from all of the neighbours. Alex was very much loved by everyone.”
The Royal Navy also expressed their shock upon hearing of Alex’s death and extended their sympathy to the family.

Commodore Charles Stevenson, the Naval Regional Commander for Scotland and Northern Ireland, said, “We were deeply saddened to hear about the tragic death of Master At Arms Alex Comrie.

“He has been an asset to the Royal Navy during his long career and a great ambassador of the service.

“Through his job as a careers adviser, he has offered great support and inspiration to those inquiring about the Royal Navy, always willing and able to share relevant first-hand experiences.

“He is a loss to the service and our thoughts are with his family and friends at this sad time.”

Fife police are still investigating what caused the fatal collision and are appealing for any witnesses to come forward.

A spokesman for Forth Estuary Transport Authority confirmed they had no memory of anybody dying as they travelled on the bridge.

He said: “The people who work here have no memory of any fatality on the bridge.

“There was a fatality in 1988, but that was believed to be on a slip road leading to the bridge.”