St Monans is “community on the dole” 220 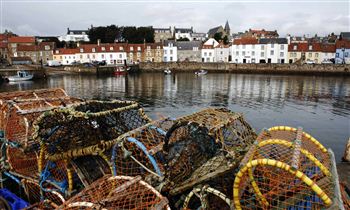 A PICTURESQUE seaside town has been slandered on a popular website – as a community on the dole.

The people of St Monans, in the East Neuk of Fife, have seen their reputation insulted on the online encyclopedia, Wikipedia.

The self-editing website – the biggest free information database in the world – states: “St Monans is home to many businesses, of which fish merchants and fish-smokehouses are most abundant as the majority of people are on benefits.”

The website has earned a reputation for inaccuracies, but many researchers believe it still gives the most up-to-date information on the internet.

Contents of the site are provided by volunteers, and in this case the contributor has gone too far, says local Tory councillor Mike Hayward-Scott.

He said: “I certainly would not, as a councillor, say this is an accurate description. It’s disparaging and will not endear the author to St Monans.

“Wikipedia is just a version of the truth and shouldn’t be taken too seriously. The person who has written this is ignorant and ill-informed because I know for a fact that the people of St Monans are extremely hard-working and industrious.

“I’m appalled at this scurrilous comment, and as a matter of fact the amount of people in the village claiming benefit is well under the national average.

“I think its incumbent on people to check facts and not daydream. Secondly, it proves people reading Wikipedia should have a pinch of salt ready just in case.”

According to recent figures St Monans has a population of 1440 people.

And, according to the Scottish Index of Multiple Deprivation, in 2006 only 13 per cent of St Monans residents were on benefits.

The offending online entry has now been removed.