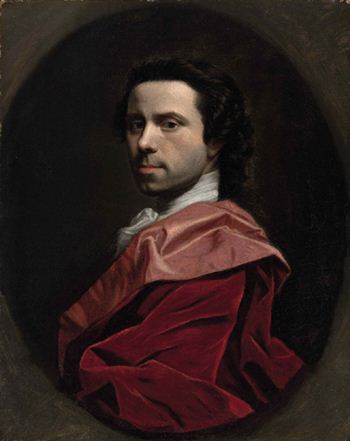 A PAINTING described as “one of the most important Scottish portraits to be offered at auction this year” sold for almost £300,000 at auction yesterday (Thu).

Art collectors from around the world descended on Edinburgh to bid for the rarely seen 18th century self-portrait of celebrated Scots artist Allan Ramsay.

The painting of the Edinburgh-born artist was just one of the rarities sold at Christie’s Auction of Scottish Art at the city’s Assembly Rooms.

On sale were over 180 lots of Scottish art covering a period of 300 years, including many pieces that have not appeared on the open market for generations.

A spokeswoman for Christie’s Auction House confirmed the Allan Ramsay portrait sold for an amazing £289,250 to an anonymous buyer after a fierce bout of bidding.

She said: “In recent years Christie’s has realised impressive results for Scottish art as the category continues to attract new international collectors.

“This year the auction has attracted huge worldwide interest and the exceptional Ramsay self-portrait is one of the most important Scottish portraits to offered in years.

“For the painting to reach almost £300,000 is incredible and here at Christie’s we are extremely proud to be involved with the sale of this iconic painting.”

The self-portrait was commissioned by a patron of the artist, Dr John Ward, and was painted in 1749. It is thought to be a later version of another self-portrait Ramsay completed in 1738.

The painting, which has the artists signature in the corner, was then passed through the Ward family until 1937.

Before yesterday’s sale the painting had been in the ownership of the same family since 1969 and had never been offered for auction before.

Born in the capital in 1713, the Scottish artist moved to London aged 20 to study painting, and three years later then moved to Italy to study the influence of the Italian old masters.

On his return to Britain he was taken under the patronage of The Duke of Bridgewater – at the time the richest noble in the country – and in 1760 he was appointed Painter-in-Ordinary to King George III.

Ramsay suffered a horrific accident in which he dislocated his shoulder leading him to retire from painting in 1770, at which point he concentrated on literary pursuits.