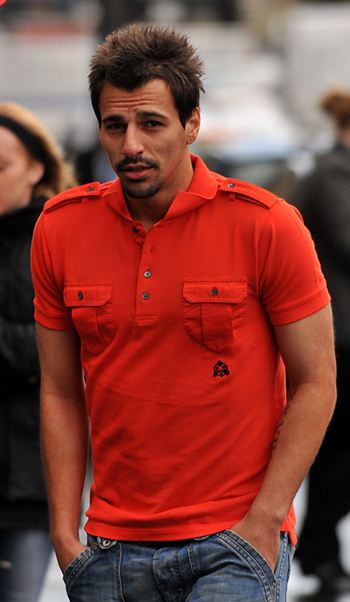 The Portuguese striker has been banned from entering Maxims in Edinburgh’s York Place following the claims that he assaulted a doorman.

It is claimed Morais – who has scored twice in 36 appearances for the Hibees – kicked Robert Brown on the head while he was lying on the ground in an alleged attack on September 26.

Yesterday (Thursday) the 22-year-old appeared at the capital’s sheriff court where he denied the charges.

Speaking only to confirm his name, Morais – who lives in Edinburgh’s London Street – had dates set for a trial and an intermediate diet hearing next year.

Morais, who signed for Hibs in July last year, was granted bail but fiscal depute Kate Mulligan insisted on a special condition that he did not enter Maxims.

A co-accused, Paul Whytock, of Citadel Place in Edinburgh, also faces two charges of assault and one of breach of the peace.

Mr Whytock, 26, also denied the charges and had dates set for his trial.

Hibernian Football Club refused to comment on the alleged incident, which came just two days before their three-nil defeat to Rangers at Easter Road.

Maxims Casino said they would not comment while the case was being dealt with by the courts.

“He is not the type of player that, at the minute, can afford to be attracting this kind of attention to himself and needs to knuckle down.

“Even if he just been at a casino on a Friday night, with a game on a Sunday that is disappointing in itself because you would hope he is making every effort to make himself available for selection.”

Mr Dougan added that Morais had shown plenty of ability but hoped that he would now concentrate on football and re-establishing himself for the first team at Easter Road.