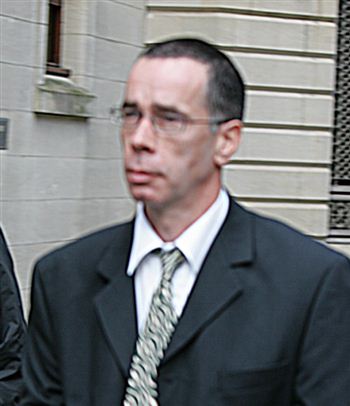 A COUNCIL worker who was sacked after being caught with hundreds of indecent images of children on his home computer has been jailed.

Sick Kevin Glancy, 45, was employed as a social worker with the Children and Families unit of the City of Edinburgh Council.

But he was sacked after it emerged he had been secretly hoarding pictures and videos of young boys on two computers and a lap-top, some of them the most depraved images cops see.

And yesterday (Monday) at Edinburgh Sheriff Court he was jailed for 15 months after earlier admitting to having 239 vile pictures and 70 videos.

He was also placed on the sex offenders register for 10 years.

Sheriff Elizabeth Jarvie told Glancy that simply viewing the images helped keep the abuse involved in making them going and that no sentence other than jail was appropriate.

The court heard how officers raided his home after tip-offs from worried members of the public in March.

As well as the still images they found 70 video clips, with some of the material falling into the most serious category of the scale that measures depravity.

“A total of 239 images were recovered from the computers and the majority of the images seemed to involve children aged eight to 14.”

Defending, Eddie Wilson said that a psychiatric report showed that Glancy was a low risk of reoffending.

And he added that his client had now lost his employment with the Children and Families Social Work department at the council.

Mr Wilson said: “He has will never work again in any of his chosen fields.”

He asked that Sheriff Jarvie consider community service and probation.

But, sentencing, she said: “It’s quite clear that the children involved here have been subjected to quite severe abuse and you were part of the audience that perpetuates that abuse.”

She jailed Glancy, of Stanley Street, Edinburgh, for 15 months and ordered that he be placed on the sex offenders register for 10 years.