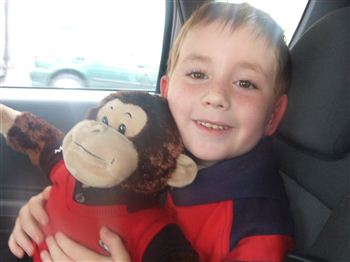 GRIEVING parents have paid tribute to their five year-old son who died from an incurable brain tumour after being diagnosed just six months ago.

Little Adam Robertson passed away at the Sick Kids Hospital in Edinburgh on Saturday morning with his parents by his bedside.

The brave youngster had been diagnosed with a tumour in his brain stem after suffering severe headaches and had coped by calling the illness “his bubble”.

Only 40 people a year in the UK are diagnosed with the rare, incurable illness known as pontine glioma

His parents, Scott and Lynn, said he battled the disease with bravery and dignity before finally succumbing at the weekend.

Mrs Robertson, 40, said: “Adam was diagnosed with the tumour back in April. We were absolutely devastated to be told it was incurable, but we had to be brave for his, and for Adam’s brothers, sake.

“He had been having headaches, and when we took him to the doctor they couldn’t find anything wrong. I eventually took him to A&E and that’s when he had an MRI scan done.

“It was difficult to explain to Adam what was happening to him, but he eventually started calling the tumour his ‘bubble’. It was the only way he could understand it.

“He started to deteriorate in the past three weeks, and we were told to prepare ourselves because it could be only days rather than weeks or months.

“At the end we were there holding his hand, it was very peaceful.”

Adam lived with his parents and three brothers, Paul, ten, Marc, eight, and Scott, six, in the Craigentinny area of Edinburgh, and had just started in Primary 1 at the nearby St Ninian’s Primary School in August.

Dad Scott, 42, revealed friends, family, charities and even strangers had rallied round the family after the five-year old was diagnosed six months ago.

He said: “The community here has been amazing. We’ve had so much support it really brings home who your friends are at times like this.

“We’ve tried to live life to the full in the past six months and with the help of charities such as CCLASP and the Make A Wish Foundation we’ve been able to take the boys to Disneyland Paris, Legoland and Centre Parcs.

“Without their help we would never have been able to afford those trips. As a family we will cherish the memories from those holidays because Adam had such a great time.

“His favourite football team, Hibs, even helped out and made Adam the mascot for the pre-season game against Middlesborough. He was so thrilled by that.

“They then invited us out to their training facilities to meet all the players. We can’t thank them enough.” 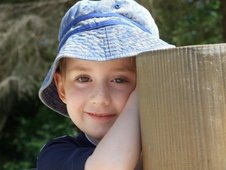 Mum Lynn started up an online blog detailing Adam’s illness to let family members who live abroad keep in touch with his condition.

And she revealed the family had received anonymous online messages and financial donations as they went through the traumatic period.

In May Adam started six weeks of radiotherapy and chemotherapy in an attempt to prolong his life.

However, his condition started to worsen last Monday and the youngster spent his final week in hospital.

And although Adam lost the power of his voice and down his left side in his final week, Mrs Robertson was heartened her son did not develop the other symptoms associated with the illness.

She said: “He could have gone blind, deaf or become incontinent, so it was partly a blessing he didn’t have to go through that.

“He was so brave about his illness and he never let it get him down. I suppose that pretty well sums his character up.”

Siobhan Kellock, Acting Head Teacher at St Ninian’s Primary, said: “It has been a privilege to have had Adam as one of our children in the Nursery and then this session, as a pupil in our Primary 1 class.

“He was quite a character, full of energy and eager to take part in any of the activities presented to him.

“Although we are deeply saddened by the loss of Adam, we will, along with his family, cherish the wonderful memories of the times we shared with him. Our thoughts and prayers are with the Robertson family – may their memories give them strength.”

Adam’s funeral will take place on Friday and the Robertson’s have asked those attending to wear bright colours in his honour. 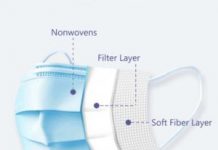