Man dies after 4×4 crashes from bridge 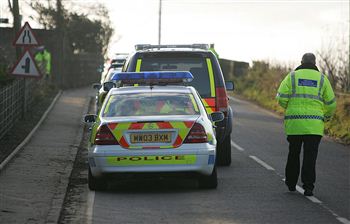 A MAN has been killed after careering his 4×4 off a bridge.

The 32-year-old was found lying dead inside his Toyota Rav 4 in a canal at Drumshoreland, near Broxburn, West Lothian.

Police admit they don’t know what time the tragic accident happened, but believe it was some time before 7.30am on Sunday.

Access to the bridge, which stands between 10 and 15 feet high, was closed for over five hours while accident investigators inspected the scene.

Despite being a remote rural road, officers are hoping a witness may come forward.

A spokesperson for Lothian and Borders Police said: “Initial enquiries have revealed that a blue Rav 4 motor car left the road near the canal basin at Drumshoreland at some time prior to 0740 hours.

“A 32-year-old man tragically suffered fatal injuries as a result.

“We would be keen to speak to anyone who may have witnessed this collision.”