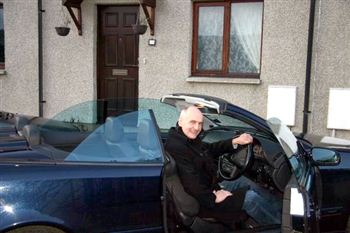 A SCOTS tailor has told of his shock when two of Osama Bin Laden’s brothers came to him to buy a suit.

He came face to face with the siblings of the world’s most wanted terrorist last month – and took £24,000 from them.

Mike said the duo were “both a spitting image” of the Al-Qaeda leader, but was happy to serve them as they splashed the cash on stylish clothing.

But with his son-in-law serving in Afghanistan, he admitted the duo came and went with few questions asked.

The wealthy Arabs are the latest in a long line of celebrities to drop into Ermenegildo Zegna on London’s trendy New Bond Street.

Born and bred in Parkhead, Mike began his fashion career in Galashiels, and now takes celebrity visits in his stride.

He said: “The Bin Laden brothers were good customers and I don’t see why we should treat them any other way.

“We try not to make a fuss about our clients and I didn’t want any trouble because my son in law Lee is fighting in Afghanistan.

“I was just glad there wasn’t too much conversation to be honest, because Lee is serving out there as a sergeant with the Royal Signals.

“He’s 29, lives in Inverness, has two kids and of course everyone in my family is very proud of him.

“Luckily these guys went against the grain – while they looked the spitting image of Bin Laden, they were really nice to our staff.”

They each bought £12,000 worth of suits, asking for them to be tailored within two days of ordering.

Osama Bin Laden’s father is widely reported to have 50 children from four marriages, with most attempting to lead respectable lives.

Many of his brothers and other relatives bought swanky London properties after hitting success with the Bin Laden construction empire, which built a number of shopping malls in the Middle East.

The Saudi-born militant was even reported to be a fan of London football team Arsenal.

But Mike said his two visitors were “reserved and friendly, not what you’d expect.”

He added: “Nobody was intimidated – it’s not like they have anything to hide.

“They weren’t dressed up like typical Arabs, but they knew what they wanted and we had to turn the order over pretty quickly.

“We’re quite used to Arab customers and it doesn’t matter about a person’s background – there’s nobody I wouldn’t serve.” 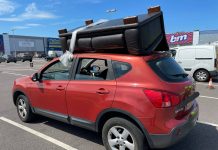