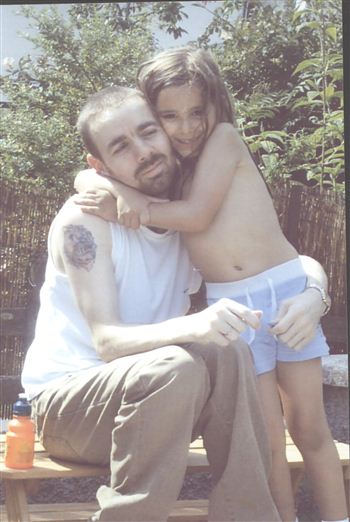 THE grieving family of a cyclist who died in a horror accident are calling for the “killer road” to be closed.

Brian Taylor, 29, was heading to work in Rosyth when he was involved in a collision with a car travelling in the opposite direction around 1am on Saturday.

The driver of the silver Rover escaped the smash with minor injuries, but Brian – a father-of-one – was pronounced dead at the scene.

Long-term partner Luisa Palminha, 33, is now calling for the road’s closure after it was revealed there had been over 40 accidents on it since 2002.

Grange Road – which connects Dunfermline to Rosyth – has also claimed the lives of two people including 24-year-old off-duty policewoman Kirsty Allan, who died last year after her car overturned.

Speaking from the family home in Dunfermline, Miss Palminha – who is originally from Portugal – said: “It’s an absolute disgrace that the road is still open – how many more people hjave to die or get seriously injured before something is done.

“Apart from access to the farm the road should be closed down altogether. It’s a death trap and literally a killer road.”

And she told how Brian had only just started to use his bike as a method of getting to work after the bakers he worked for moved premises.

She said: “ I’d been warning him not to use that road because everybody knows how dangerous it is. He always wore his bright yellow vest and checked his lights, he was very conscious that way.

“I got a call from his work last Saturday at about 1.30am asking where he was. I knew instantly something terrible had happened, I could just feel it.”

“My friend drove me up that road and that’s when I saw the police car blocking it. My heart sank because I knew it was Brian.” 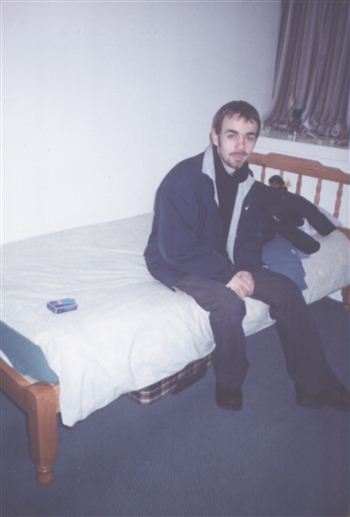 Grange Road has become a notorious accident blackspot for both pedestrians and motorists with over 40 accidents in the past six years.

Fife Council considered plans to close the road for safety reasons in 2002 but sided with public opinion to keep it open.

A speed limit has been introduced on certain parts of the road and a weight limit installed to discourage lorries.

They have confirmed that £50,000 is to be spent on resurfacing the road next year.

The popular father-of-one was heading to Stephen the Bakers factory for his usual night shift when he was struck.

He was a keen angler and regularly took Luisa and their nine-year-old daughter Vera along on his trips.

Miss Palminha said: “Our little girl is so devastated but I am trying to be brave for her sake. She keeps waking up in the middle of the night sobbing her heart out.

Police have made an appeal for witnesses to come forward.

A spokesman said: “An investigation into the accident is still underway and any person with any knowledge of the crash, or who may have been travelling on grange road around 1am are asked to call Fife Police.”

Another Fife cyclist is still in a very serious condition at Queen Margaret Hospital in Dunfermline after being struck by a blue Transit van around 5pm on Wednesday.

The accident – involving a 40-year-old male cyclist – happened on the West Bound slip road of the A92.