MORE than 3,000 dangerous knives have been destroyed after being seized from the streets.

The haul of offensive weapons came about during a five-month campaign to try and stop a knife culture in Glasgow.

Officers from Strathclyde Police warned that a stop-and-search policy would continue as long as people persisted in carrying knives.

Superintendent Robert Hamilton said:“If you choose to carry a knife in public, the likelihood is that you will be caught.

“Our policy is that we will stop and search in areas that have been identified as high for that type of crime”.

“Some of the knives are two, three feet in length and are pretty vicious weapons.

“We have evidence that some people are tucking these knives down the inside of their trouser leg and then producing them.”

All the weapons were taken to a waste management site in West Lothian yesterday were they were put through a shredder.

The haul ranged from small kitchen blades to massive Samurai swords and even included a wooden club covered in nails.

Supt Hamilton insisted more officers were out on the frontline as part of the Strathclyde Police Campaign Against Violence to patrol areas known to suffer from knife crime.

He said it was important to reassure the public that officers were committed to taking knives off the street.

But Supt Hamilton also highlighted how police were monitoring a knife culture creeping on to the internet.

He said: “More and more we see youths waving knives and swords on their Youtube, Bebo and other public access websites.

“We’ve identified those inviduals and asked them to hand these over. Most of the time parents don’t even know these weapons are hiding under their kids’ beds.

“As an education part of our activity we have been going to the parents’ doors, showing them the photographs and confiscating weapons with their consent.”

Roy Brookes, senior operations manager at the Shanks Broxburn depot, explained how some of the weapons had to be shredded one by one due to their size.

He said: “The security shredder is two large blades rotating which chop the steel of the knives.

“I’ve seen a lot of knives here which are particularly nasty and we will put them through on their own until them come out in tiny little shreds.” 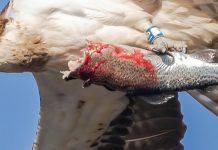