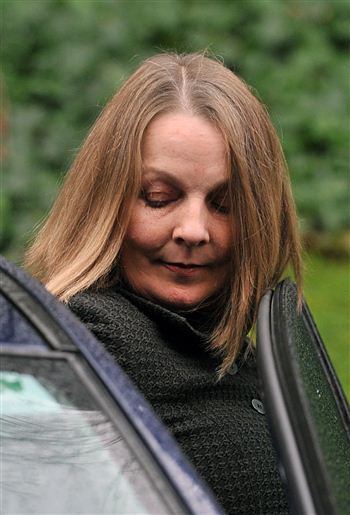 A PRIMARY school teacher faces being struck from the teaching register after admitting three charges of incompetency in a Scottish first.

Susan Barnard, 55, is the only teacher to appear before the General Teaching Council for Scotland since laws were changed in 2006.

During a hearing in Edinburgh, the shamed teacher admitted failing to plan coherent teaching programmes, failing to communicate clearly with her pupils and failing to manage pupil behaviour.

Perth-based Barnard was sacked by Perth and Kinross Council after her performance was called into question while working in three primary schools.

Yesterday after admitting the charges, the hearing was adjourned until next month when Barnard will return to hear her fate.

As she left the hearing, she bowed her head and refused to make any comment.

But the teacher’s solicitor, Andrew Gibb, said: “Mrs Barnard has been treated very fairly by Perth and Kinross council and the GTCS and she hopes to keep her registration.

“She has been doing supply work in another area and hopes to continue with her career if she retains her registration.”

Barnard  is the first ever Scottish-based teacher to appear in front of the competence committee of the GTCS after a change in the law in 2006.

She worked at Coupar Angus Primary, Comrie Primary and Arngask Primary between November 1 2003 and December 31 2006.

Barnard was born in Manchester but qualified as a teacher in New Zealand and has been working in Scotland for the past 25 years.