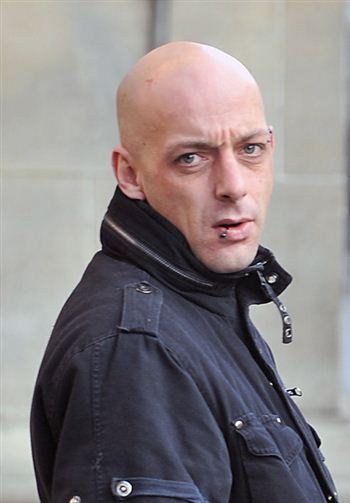 Rodney Wright, 36, was high on coke and booze when he torched his Edinburgh flat following a bust-up with his girlfriend.

Before fleeing the blazing building he wrapped a kitten in a towel and left it under a sofa he had set on fire to be killed by the flames.

Firefighters who were called to towering inferno saved the shaken moggie, as well as hundreds of neighbours who selfish Wright put at risk.

Wright was jailed for 20 months at Edinburgh Sheriff Court. Once released Wright will be supervised for a further 10 months and could be jailed if he steps out of line.

On the day of the blaze Wright had been visited by an ex-girlfriend who said that everything seemed fine.

But later in the afternoon she exchanged text messages with Wright, who was threatening to harm himself and she became worried about his state of mind.

CCTV then captured him as he left Dunsyre House North in Calder Crescent carrying a black hold-all. 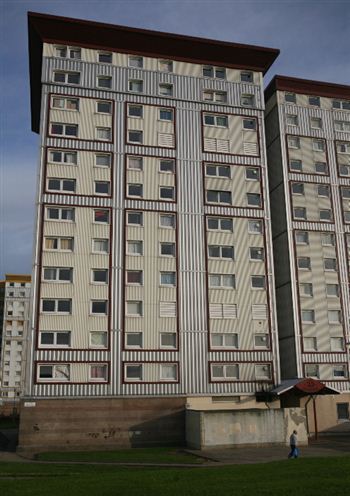 The fire brigade received a 999 call and found the flat ablaze from two separate fires.

They found the terrified cat wrapped in a towel under a couch which had been set alight by Wright and called in police.

Wright returned home and told police that he had been camping and knew nothing of the blaze.

But he later admitted that he had got drunk on £45 worth of booze and had set the fires because he was struggling to cope with the break-up of his relationship with his ex.

He claimed he had left the door open to allow the cats to escape. It is thought that other cats, which he also kept as pets, had already fled the fire.

Sheriff Derrick McIntyre blasted: “This was a very serious offence, willful fire raising in a high rise block of, you were on the seventh floor and there were 138 people in the building at the time.

“The back ground is that you were high on cocaine and drink, you have to serve a custodial sentence as this is far too serious to be dealt with in any other way.”

AN ADORABLE video shows the moment a four-month-old kitten sees snow for the first time.