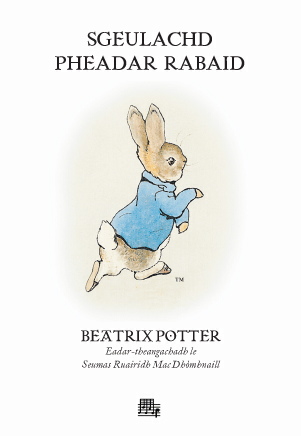 A POPULAR children’s classic has been translated into Gaelic for the first time.

Beatrix Potter’s The Tale of Peter Rabbit, and also The Tale of Benjamin Bunny, have been re-written in the ancient Scots tongue and published by a Perthshire firm.

The books, ‘Sgeulachd Peadar Rabaid’ and ‘Sgeulachd Beniàmin Coinneanach’ were launched last week after an American, who studied the language at Edinburgh University, translated them.

Two other tales by Miss Potter are set to be published and, if successful, others from the series could follow.

Translator Jamie MacDonald, who learned the language in the late 1980s, said: “My wife had all the books for her children and I just fell in love with them.

“I would spend a few days knocking it out then spend a lot longer polishing beside the original version.”

The 57-year-old added: “I hope to do more if these are successful.”

Gaelic writer Margaret Bennett helped arrange the translation and publication of the books.

The 61-year-old taught Jamie the language and is married to the owner of publishers, Grace Note Publications.

Mrs Bennett, who also writes an introduction in the books, launched the stories at a Perthshire primary school last week.

The author, singer and poet said: “The vocabulary in them is quite advanced and having the same type of language in a Gaelic book is brilliant.

“People find it very easy to accept these books have been translated into Russian or Chinese but are shocked when you want to translate it into Gaelic.”

Mrs Bennett thinks this is made more odd by the fact that a young Beatrix spent several summers in Perthshire during the Nineteenth Century.

She said: “At that time Perthshire was the heart of Gaelic and, while there is no evidence to say that she spoke it, she certainly would have heard the language.” 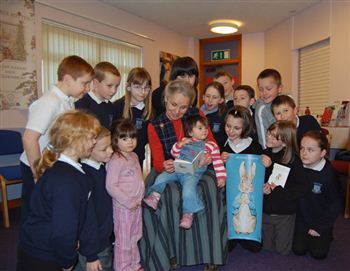 Today there are just 60,000 speakers of the ancient tongue left in Scotland, but Mrs Bennett believes that the number is on the increase and that tantalising tales such as the Potter series can help to spark interest in the language.

She said: “There are quite a number of Gaelic books but nothing like the sort of choice you get in another language.

“I don’t think all books should be translated but these have a special charm and timeless quality about them.”

And she praised the job done by former student in translating the books.

She said: “The translation is very close and they read very well.

“The children loved the books, they have a great appearance and they seemed quite taken by them.”

The Tale of Peter Rabbit was published in 1902 in a small format specially designed for children.

Most major bookshops will stock the stories, priced at £6 each.

Members of the public needed to ensure future of dying language