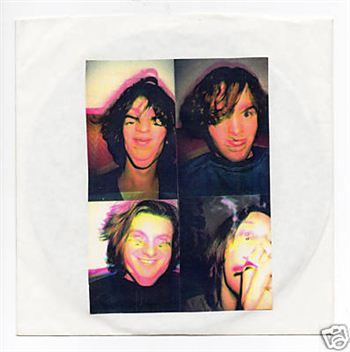 FANS OF T IN THE PARK favourites The Verve have a chance to own a little piece of the band’s history.

A seven inch single of the indie group’s song Snakeskin is up for sale for an incredible £5,750 on eBay.

The single is just one of a host of Verve rarities being sold on the popular auction site.

All of the rare memorabilia was once owned by the band’s manager Dave Halliwell, claims the anonymous seller.

Advertised as the “rarest Verve record of all”, the little seven inch piece of plastic is one of the most expensive records of all time.

The seller claims the single is one of only five ever produced and is so rare even the most ardent Verve fans are unaware of its existence.

Copies were handed out to the four band members and their manager Dave Halliwell as a Christmas present by Hut Records in 1992.

The track was recorded as part of the infamous ‘She’s A Superstar’ sessions at Sir Richard Branson’s Manor Studios in Oxford.

The 7” is a one sided pressing and the labels on both sides are entirely blank.

All five copies of the ultra-rare single came with a pseudo-psychedelic colour photocopy of the band members – and the copy for sale is complete with a letter from Dave Halliwell outlining the record’s history and authenticity. 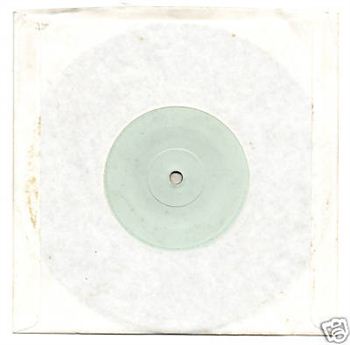 The track Snakeskin was inspired by the Rolling Stones tune C***sucker Blues. As the Stones’ single was chosen to anger bosses at Decca Records, the track was refused and only released later on a West German compilation in 1983.

Verve fan Fraser Wood, 43, from Musselburgh, said: “This is the holy grail for Verve fans. Snakeskin has been talked about for years by hardcore Verve fans, but I didn’t really think it would ever come up for sale.

“If money was no object I would definitely buy it because I’m such a big Verve enthusiast, but it’s so far out of my price range.”

A spokesman for rare record specialists Music and Video said: “This is an incredible price for a single and I’ve never heard of a Verve single commanding such a fee.

“In the past we’ve sold Beatles albums for a four figure sum, and original copies of God Save the Queen by The Sex Pistols have sold for anything up to £10,000. But for a contemporary band this is unheard of.

“I don’t think even an Oasis single has sold for that much, but I suppose it’s only worthy what somebody is prepared to pay for it.”

After splitting in 1999, The Verve reformed in 2007 to play a host of festivals including Scotland’s premier music event, T in the Park.