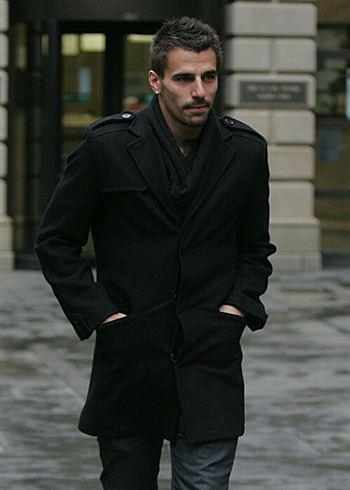 HIBS star Filipe Morais has been fined after he admitted kicking a man on the head in an early-hours bust-up outside a casino in Edinburgh.

The 23-year-old winger has also been hit with a fine by the club and faces an uncertain future in Mixu Paatelainen’s team after it emerged he had been out the day before a match.

Morais – who has scored twice in 36 appearances for the Hibees – claims he “kicked out in annoyance” after being pestered by two men while on a night out in September.

He later handed himself into police for questioning over the incident.

The Portuguese ace, who is paid £1,300 per week, had denied the attack at a hearing in October but, at an accelerated diet at Edinburgh Sheriff Court he pleaded guilty to assault to injury.

Another man, Paul Whytock, maintains his innocence over the incident, in which two men claim they were attacked, and will face trial next year.

The court heard how Morais, who has been a member at Maxims Casino since October 2007, had arrived at 5.30am in the early hours of a Friday morning.

Robert Brown had been out with James McQueen and had been at the casino for several hours before the attack. 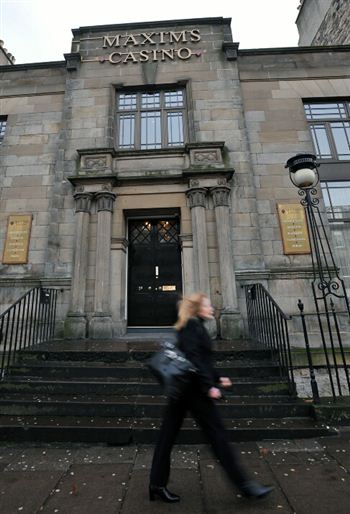 Staff members at the casino, in York Place, were having a cigarette break and witnessed Mr Brown arguing with another man at around 6am.

Mr Brown was knocked to the ground before Morais stuck the boot in, bursting his lip. St John’s Ambulance workers raced to his aid and treated a split lip and a burst nose.

Following the incident, Morais handed himself in to police in Edinburgh and was ordered to stay out of the casino.

His lawyer, George More, said Morais had been picked on by two men and lashed out in “frustration” after Mr Brown had been knocked to the deck.

Mr More said: “Young footballers are quite often harassed or picked on when they go out.

“He was being pestered by these two men who are referred to as complainers. These two men were pestering my client and the other man. An example of this was that one of the men was picking up my client’s chips.”

Morais’ co-accused, who was “hanging-on” to the Hibs player, decided to take Mr Brown outside to “diffuse” the situation, said Mr More.

Mr More said: “The complainer was knocked down and my client kicked out in frustration because the later part of his night was ruined. It was almost a gesture of annoyance.”

Gaffer Mixu Paatelainen has already fined Morais £800 after it came to light he had been out the day before a match, Mr More said.

And the father-of-one, who has not appeared for the club since the incident, is set to face a fine of at least two-weeks’ wages, according to Mr More.

He said: “His position at the club will be looked at after today. These matters are treated very seriously by the football club.”

Sheriff Frank Crowe said: “I’m sure you are provoked regularly at football matches but if you kick people in the head it would be taken very seriously there too.

“Lots of folk in Edinburgh and elsewhere look-up to people like you who are in the public eye.”

He fined Morais, who lives in Edinburgh’s London Street, £500 and gave him two months to pay.

Sheriff Crowe said this had been reduced from £700 because of the early plea.

After the sentence Morais said: “I am very sorry for all that happened and accept my punishment.

“I apologise to the supporters and everyone connected with Hibernian. I have had a good rapport with the supporters. However I accept that my behaviour was well below the standards expected by the Club. I can only hope that people will understand that this was totally out of character and will not happen again.”

Scott Lindsay, Chief Executive of Hibernian FC, said: “The Club cannot condone this behaviour. Filipe accepts that what he did was wrong and was a bad example for the many thousands of young people who look up to football players. Filipe has apologised to the supporters and to the Club.

“Now that the matter has been settled by the Courts, Filipe will be dealt with through the Club’s own disciplinary procedure, the outcome of which will remain private between the Club and player.”