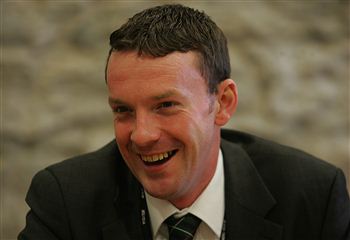 LOVESICK John Smeaton will be spending this Christmas all alone – after doctors banned him from flying.

The Glasgow Airport hero was left critically ill after suffering a severe asthma attack two months ago and is still recuperating at home.

Smeato, 32, was hoping to travel to the US to spend Christmas with fiancé Christy but docs have told him flying could be dangerous to his health.

Now the lovelorn former-baggage handler is all set to spend the festive period at home with his parents.

Pride of Britain winner Smeaton was rushed to the Royal Alexandra Hospital in Paisley on October 9 – the same day two men went on trial accused of the airport atrocities.

He then spent the next two weeks battling for his life in intensive care, where the heroic Scot was put on two jet ventilators to stabilise his breathing.

His distraught parents and fiancé were told he might not survive.

He said: I’m really gutted because I’ve been told I can’t fly over to the States to see Christy for Christmas.

“Unfortunately, Christy has used up all her holiday entitlement from work and I’m stuck in Scotland, so we’ll just have to wait until early next year before we can see each other again.

“I’m still recovering from the asthma attack and my doctors have told me I cannot fly because it could be dangerous to my health, so I’ll just be having a quite one this year.

“I’ll be spending the day with my parents, and all I‘ve got planned is to sit with my feet up and take it easy.

“There will be no wild parties this year, that’s for sure.”

The engaged couple met last year and are reportedly due to marry in July next year.

Smeaton, from Erskine, Renfrewshire, has also been forced to give up his long-held smoking habit after his latest attack – and this time he says he is sticking to it.

He said: “I usually give up smoking as a New Year resolution but it never really lasts that long.

“But it’s a different scenario now – I have to give up. It’s as simple as that.

“I’m doing not too badly and haven’t fallen off the wagon yet. The chewing gum is helping me get through it.”

Smeato, who is now an ambassador for Asthma UK, revealed suffering from the severe attack was more frightening than facing the burning Jeep at Glasgow Airport.

He said: “I have stood next to car bombs and not been frightened by them because I was in the middle of doing something.

“But I would rather do that every day than suffer an asthma attack because the fear that goes through your body at that moment is unbelievable.

“You believe at that moment in time that you are going to die because you physically cannot breathe. It is like getting an elephant and sitting it on your chest.”