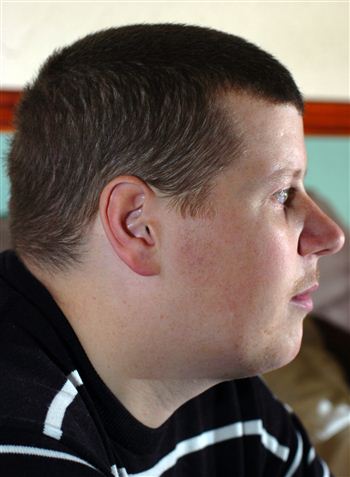 A DEAF Scot is to spend his first ever Christmas being able to hear after a revolutionary operation proved successful.

And Mark Ramsay, who has been completely deaf since birth, has said he is most looking forward to hearing Christmas carols for the very first time.

The IT consultant’s favourite hearing experience so far is the sound of his fiancée’s “sweet voice”.

Mr Ramsay, 29, originally from Edinburgh, underwent ground-breaking surgery to correct his hearing last month, and yesterday he described the operation’s success as “a miracle”.

He is now recuperating at his mother’s Edinburgh home before he makes the trip back to London where he lives with his fiancée.

His family has spoken at their delight of the successful outcome of the operation.

During the operation at Crosshouse Hospital in Ayrshire, Mark received a cochlear implant which helps to link up the nerves in his ear.

The procedure is relatively new and only very recently has become completely reliable.

And in recent days he has had the volume turned up by experts to grant him the gift of hearing.

Mark still currently needs to lip-read to communicate, but, after some therapy, he will be able to exchange conversations to a similar standard to anybody else. 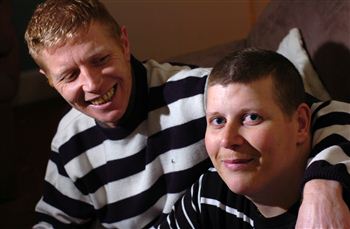 Brother Robert still cannot believe Mark will have his hearing restored after all these years.

He said: “It’s absolutely amazing. I never thought for one minute that Mark would ever be able to hear. He’s been deaf since birth and we’ve all just accepted that is how it would be.

“But this new procedure has given Mark an amazing chance at a whole new perspective on life.

“The first thing he wants to hear is Liverpool fans singing ‘You’ll Never Walk Alone’, but he has told me he is very excited about hearing all the sounds connected to Christmas.

“Children singing carols, the sound of presents being unwrapped and seasonal pop music is what he is looking forward to most.

“But it’s all the sounds that we take for granted that really surprised Mark. Things like the traffic passing and dog’s barking are just amazing to him.”

Robert revealed Mark’s girlfriend Charlotte is to undergo the same operation in March next year, and the couple will walk down the aisle together in July 2010.

And after the death of the family Boxer a couple of months ago, Mark surprised his fiancée with a new American Bulldog pup for Christmas.

Mark said: “When they turned the cochlear implants on I couldn’t hear anything specific, just all the noises inside my head.

“Then everything was too loud and they had to turn it down again. I think it was just that my brain had woken up and didn’t know what was going on.

“I am hearing all sorts of things and I keep asking my mum ‘what’s that noise?’ all the time.

“The doctors will turn it up more as my head gets used to it, and my family has been testing me by ringing the phone or the door bell to see if I would respond.

“I’m looking forward to hearing the puppy bark and even whine to get out for a walk.

“I can now hear voices in another room, and I love my fiancée’s sweet voice.”

Now the procedure is over Mark will resume his career in IT and continue his hobby’s of playing pool and following the fortunes of Liverpool Football Club.

Physicist Agnes Allen, the head of service for the Scottish Cochlear Implant Programme, said: “Everyone reacts differently to it and takes a while to adjust.

“Mark was in last week and he will come back to have the device programmed to a suitable level for him.

“It can very frightening because for many people it is the first time they have heard anything.

“This can startle particularly young children, but most adjust within a few days.”