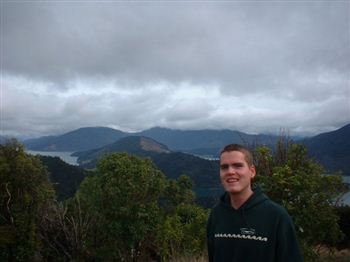 THE son of a prominent German politician who was studying in Scotland was found dead in his flat on Christmas Eve.

Stephan Bisky, a PhD student at the University of Edinburgh, is the son of Lothar Bisky – the joint leader of the country’s  socialist Left Party.

The 23-year-old student had moved to Edinburgh to take up a research position with the university’s school of informatics.

Yesterday, police confirmed that they had been called to attend at the student’s flat in the city centre on December 24.

But there was still mystery surrounding the death of Mr Bisky who lived alone in the shadow of the university.

A Lothian and Borders police spokesman said: “We can confirm that we were called to Windmill Place, Edinburgh, at around 1.05pm on December 24, following the discovery of a 23-year-old man’s body in a flat there.

“There are no suspicious circumstances surrounding his death, and a report has been sent to the procurator fiscal.”

It is not clear how long the student had been dead and the results of a post-mortem examination have not yet been released.

Last night, neighbours at the Berlin-born student’s flat in Windmill Place were shocked to hear of his death.

One neighbour spoke of how Mr Bisky – who lists “fast, noisy breaks” as his favourite music on a social networking site – was always spotted with earphones as he came and went from the flat.

Jilly Armitage, 30, said: “We’re all wondering how long he was in there because the police asked us on Christmas Eve and didn’t seem to know themselves.

“He stayed on his own and was a very friendly, if quiet, chap.

“He seemed to love dance and house music – you would hear it coming from upstairs and he always had his headphones on.

“It must be awful for his family if they were expecting him home for Christmas. It is very, very sad.”

The 23-year-old moved to Scotland after graduating from New Zealand’s Otago University with a first class honours degree in neuroscience.

He was a member of the Edinburgh University’s institute for adaptive and neural computation – which studies brain processes and artificial learning systems.

Yesterday, there was no one available at Edinburgh University or the German Embassy in London for comment.