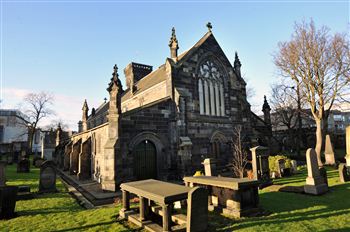 ROCKER Rod Stewart is expected to attend a Scots church communion with a difference – where the worshippers will be offered champagne rather than red wine.

Celebrations are taking place at the South Leith Parish Church in Edinburgh to mark the 400th anniversary of the church.

The multi-million selling artist, and his model wife Penny Lancaster, are to be invited to the party as their son Alistair was baptised there in 2006.

The champagne tribute to the four-century history of the church was the brainchild of the members of the kirk session.

On Sunday, the church marked entering its 400th year by pulling together the congregations of all the port’s five churches for a special one-off communion.

There are also events planned every month this year to mark the momentous milestone – including a ‘welcome home’ in February to all who have been baptised there.

There are an estimated 20,000 people eligible for the celebrations. 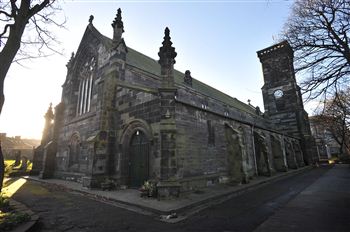 Rev Ian Gilmour said he was excited about the coming year’s events, but admitted he will be worried if all 20,000 turn up on the day.

He said: “Champagne is the drink used around the world to celebrate. We are going to use it to emphasise the party aspect of being together.

“Rod Stewart certainly will be contacted though, by letter.

“We wrote to him last year, sending him a celebratory book for his son and he wrote back to thank us.

“It would be good if he could come.

“It’s something we have been working on for a long time after deciding that the churches should be having a communion together.

The Leith-based church is also holding a special award ceremony to find the greatest Leither of all time.

The winner will be chosen following a poll within the local community.

Couples who tied the knot and those who are buried in its graveyard will also be remembered.

“Some organisations last for little longer than a year, but we’ve gone on for 400. There are a lot of reasons to celebrate.”