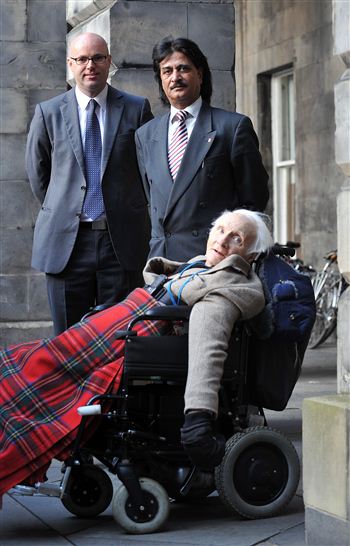 Jimmy McIntosh, who has cerebral palsy, joined councillors and police officers to set up a task force to try and put a stop to intimidation and violence.

Mr McIntosh revealed how he had once suffered daily attacks from children over a period of five years and hoped that the new Edinburgh scheme would help to prevent others from experiencing the same nightmare.

He said: “Children would be throwing stones and eggs at my windows up to ten times a day.

“They would frighten me and my wife and when we went out they would make fun of me, just because I was in a wheelchair.”

And the 69-year-old told how the abuse even lead to dead rats being pushed through his bedrooms windows at his home in the Leith area of the city.

He said: “One time they went down to the water and found some dead rats which they put in my garden.

“They then took the rats and pushed them through the windows. It was horrible and really scared both of us.” 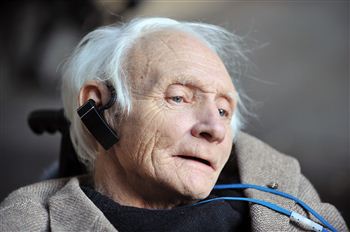 Now, Mr McIntosh – who has an MBE for his years of championing disabled rights – lives in sheltered accomdation with his wife Elizabeth after spending more than 40 years in care.

On Thursday, he gave a speech at Edinburgh City Chambers at the launch of the first multi-agency to tackle crimes motivated by hate.

Hate crime is seen as offences against others which are based on disability, sexual orientation, age, faith, gender and race.

Over a period of 20 months, some 2,194 hate crimes were committed and reported in the capital – with more than half being racially motivated.

The ‘Take control against hate crime’ forum is aiming to open up access for victims to report the crime so that steps can be made to deal with perpetrators.

Up to 40 remote reporting centres are being created at some health centres and community centres to encourage victims to speak out.

Councillor Paul Edie, chair of the Edinburgh Community Safety Partnership said: “We think there is substantial under-reporting of hate crime as people don’t necesarrily recognise themselves as victims.

“They often feel wrongly that it’s their fault and they don’t report it.

“We also need to try and change people’s perceptions and attitudes so that they don’t carry out these crimes in future. These crimes just will not be tolerated.”

He said: “Our message to anyone committing hate crime is that there will be a robust response and they will be prosecuted through the appropraite channels.

“We want to reinforce the message that hate crime will not be tolerated in any guise.”

And Mr McIntosh delivered a plea to people involved in hate crime, asking for them to stop immediately.

He said: “I would urge those involved to please understand that it’s not easy for people in wheelchairs, please stop making it more difficult.

“The more people that know this goes on the better. Parents need to tell their children not to do these things to others.”