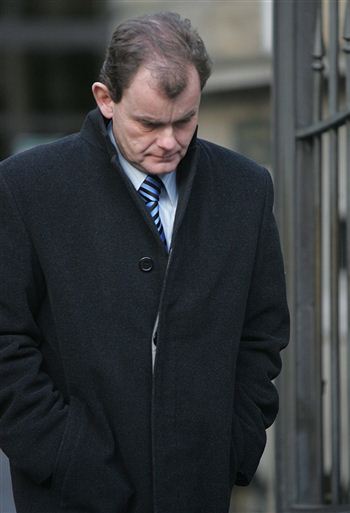 A PRIMARY school headmaster who was sacked after being caught with hundreds of child pornography pictures has escaped a jail sentence.

Andrew Melville, 48, was placed on a three-year probation order despite admitting possession of 457 indecent images of children – many the same age as those he taught.

Melville, who ran Whitecraig Primary in Musselburgh was suspended after police searched his home, finding the sickening files on a lap-top during a raid in March last year.

The father-of-three admitted being in possession of indecent pictures of children at his home in Gullane – some of the images were of the highest classification on the scale used to measure depravity.

Melville, who ran the East Lothian school from November 2007, also pleaded guilty to distributing or showing the pictures between June 13, 2004 and May 30, 2005.

The shamed schoolmaster was suspended by the local authority which ran Whitecraig before being sacked in July, 2008. 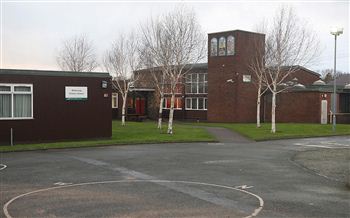 But Melville was spared a custodial sentence after the sheriff dealing with the case viewed some of the images found on the computer before his decision.

Sheriff Alistair Noble ordered him to carry out a three-year probation order which will bar him from unsupervised access to children and monitor his use of the internet.

Melville must also carry out 150 hours of community service and will be placed on the sex offenders register for three years.

Melville, who had previously taught at Gullane Primary, had exchanged the pictures through email messages with people he had met in America On Line (AOL) chat rooms.

He later claimed he was driven to the chat rooms after becoming “disillusioned” with his work after a promotion saw him given less time with children.

Sentencing, Sheriff Noble told him: “You have plead guilty to serious offences, it is well recorded that these are not victimless offences.

“The children obviously suffer at the point of abuse – they may also suffer psychological damage knowing that their abuse has been recorded for subsequent viewing.

“It is well recorded that one of the driving actors behind abuse of children is the production of child pornography.”

However, Sheriff Noble said, the relatively small number of images at the higher end of the scale, as well as the low number compared to other cases, meant a lengthy custodial sentence was not appropriate.

He added: “At the end of the day I am persuaded that probation is the appropriate outcome here.”

He also ordered him to carry out 150 hours of community service.

“He was suspended on 14 March 2008, as soon as the Police made us aware of the allegations against him. We dealt with matters efficiently and effectively, in line with Lothian Child Protection procedures and the East Lothian Council disciplinary process.

“The Police confirmed that no images of East Lothian children were involved.”

“Balance cubes of cheese on your nipples.” How young mum turned the tables on smelly shoe pervert