A HEALTH and Safety Executive inspector has said he is “devastated” that a heating firm responsible for an asbestos scare was only fined £8,000. 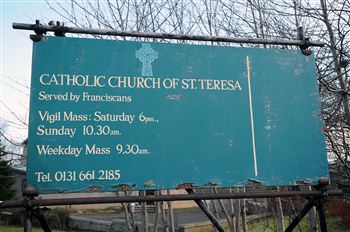 Jim Skilling said the penalty given to Lothian Heating Services Ltd (LHS) after they exposed three workers to the deadly substance was “no deterrent at all”.

And he claims the Health and Safety Executive had recommended prosecution of the firm over previous work, although past charges against LHS were dropped.

The firm was fined £8,000 at Edinburgh Sheriff Court after admitting a breach of health and safety at work laws.

But according to Mr Skilling, Principal Construction Inspector at HSE, fines must be bigger if they are to deter future breaches.

“I’m devastated at the size of the fine; it does not send a deterrent to anybody. A number of years ago there was an asbestos problem and an HSE report recommended prosecution.

“The other person involved was held to be more liable and LHS walked off with a clean record.

“We have previously advised this company and they have not taken that advice. The same director was involved and they obviously haven’t learned their lesson – I’m really unhappy about this.”

He added: “This was a very serious case, a shocking case and we haven’t come out with the right result.”

The three men worked for five days surrounded by the material, which is responsible for 4,000 deaths per year, with no protection against it.

Wearing only standard white masks, which offered no protection from the spores, they shovelled and swept debris and dust where asbestos was present.

Despite a survey indicating the presence of the material, LHS never asked the owners of the building if there was any danger and did not request a copy of the report, while the priest in charge of the church failed to mention the risk until asked.

Fiscal depute Gillian More told the court how the company’s contract supervisor, Gordon Arthur, had carried out a site investigation before work started on the heating system at St Teresa’s, in the Niddrie area of the capital.

She said: “He did not enquire about any asbestos information during his pre-start visit to the site.”

But deadly spores were held in debris in the boiler-room in which the men had been working as well as the insulation on a pipe while asbestos was found to be stuck to walls.

Mrs More added: “None of these sources of asbestos were indentified by LHS prior to work commencing.”

Asbestos can cause lung cancer and asbestosis but can be hard to detect as symptoms may not be apparent for up to 40 years.

Mrs More said that in 2006 1,000 heating workers died as a result of asbestos – a quarter of all asbestos related deaths.

She added: “It is the most serious occupational health issue in the United Kingdom.”

Mr Anderson said the company had quickly moved to stop work and alert the Health and Safety Executive once they were notified of the presence of asbestos.

He added that within a fortnight of the May 2007 incident they had hired a health and safety consultant to review their guidelines, as well as sending employees on asbestos courses.

Mr Anderson said the three men affected continued to work for LHS and were “valued employees”.

Sheriff Kenneth MacIver said missing the asbestos during the pre-work site visit had been a “significant mistake” and added that the company should have asked the church about asbestos in the building.

He said: “Mr Arthur made a misdiagnosis of the asbestos that he did see but did not follow-up, it is a fairly significant mistake in my view.

“The new location risk assessment forms indicate the importance of asking the client about the asbestos register.

“That did not happen and the company have to take responsibility for that.”

Sheriff Maciver said the breach fell beyond the mid-point of gravity but said LHS had co-operated throughout the investigation and deserved a discount on sentence for that.