By Cara Sulieman
MOURNERS have been slammed by the Church of Scotland for requesting cheesy songs at funerals.

Reverend Ron Ferguson said popular tunes chosen for a loved-one’s funeral are part of a general disregard for death. 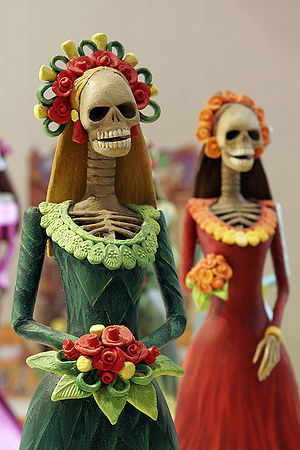 He claims that families often want to keep the service jolly – even asking if the coffin can be kept out of sight.

These wishes have been branded “unhealthy” by the retired minister, who thinks that we need to take the issue of death more seriously.

He was writing in the latest edition of Life and Work, the magazine for the Church of Scotland, in response to a survey of the most popular funeral songs carried out by Co-operative Funeral Care.

He wrote: “This is not healthy. Such songs might seem a good idea down at the pub, but may not feel so appropriate at the actual ceremony.”

Instead he suggests that people choose hymns that are designed to steel the soul for such occasions and provide comfort to those who are grieving.

Reverend Ferguson suggests “something more traditional, with poetic words which speak of a transcendent love which knows no boundaries to help to bear the true weight of the occasion and bring solace to the grieving congregation.”

There is a growing tendency for funerals to be treated as a “celebration” – leading to the popularity of cheery, cheesy pop music in the church.

Reverend Ferguson believes some Scots are trying to block out the reality of death by hiding the coffin away and lightening the mood.

He said: “Some modern music choices seem to reflect a desire to avoid the stark reality of death. Ministers are often under pressure from families to make the funeral service exclusively a celebration of the person’s life.

“At the core of the service there has to be a public acknowledgement that a death has taken place.

“I’ve heard of clergy being pressurised to keep the coffin out of the kirk, on the grounds that such a public intrusion of reality would interfere with the upbeat talk.

“This is not healthy.”

But mourners disagree, with many saying that the choice of song doesn’t reflect their attitude towards death.

Pop songs played at funerals are such a common occurrence that they often feature in fictional funerals.

When Liam Connor was laid to rest in Coronation Street last year he was sent off to a combination of classical and popular tunes.

Both ‘Ave Maria’ and ‘Everything I Own’ accompanied the mourners at the tragic ceremony.

And at Vera Duckworth’s funeral, the congregation were treated to the dulcet tones of Ray Charles’ ‘I can’t stop loving you’.

Reverend Ferguson believes that these songs are a sign that Brits are trying to hide death rather than celebrate it as a natural part of life.

He said: “There is a conspiracy of silence about death today.”

This attitude is a stark contrast to celebrations and traditions across the world where death is celebrated as a natural part of life.

Mexican Day of the Dead brings the whole country together in a celebration of death and the afterlife.

The Chinese celebrate Ghost Day when they leave food and other items out for the spirits of their ancestors.