Ultimo boss is to champion the camel foot 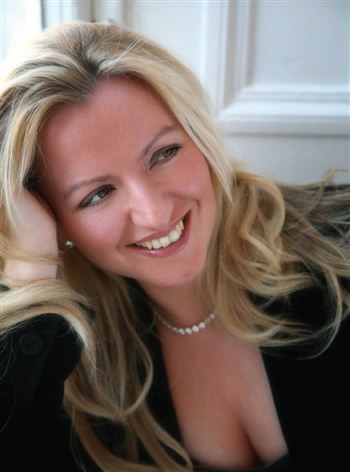 CROTCH cleavage is set to be 2009’s hottest new look – if the woman behind the Ultimo bra is to have her way.

After thirteen years of looking at bras, the lingerie queen says she “can’t wait to have male models coming in for fitting sessions.”

But blokes shouldn’t fear garish gel-implanted g-strings – instead the super-pants will be padded out with fabric.

But they won’t come in boxer-shorts, because the 37-year-old Ultimo mastermind isn’t a fan.

Having made her millions in giving women their dream busts with gel enhanced bras, the East Kilbride mum of three told a weekend interview that she now has men in her sights.

She said: “We are definitely launching Ultimo for Men – it will have strong fabric where you need it, to hold you up.

“It won’t have gel, just lovely fabric. My technical teams here and in Hong Kong are working on it right now.”

Now, despite being happily married to business partner Michael, the stunning bra boss is itching to get her hands on the male versions of her Ultimo models.

Michelle added: “I just can’t wait to have male models coming in for their fitting sessions because I have had 13 years of female models and celebrity women coming in and seeing my husband staring at them and going, ‘Oh that wire’s not quite right.’

“Now I can go up to these men and go, ‘Oh that’s not quite right on your left ball.’

It took nearly three years of research and development, testing many different methods of cleavage enhancement to come up with the Ultimo bra, a bra which enhances the bust and cleavage without the discomfort normally associated with bras.

In July 1999, Michelle had her third child Bethany yet only a month later Ultimo was launched at Selfridges in London.

Selfridges sold stock estimated to last for six weeks within the first 24 hours.

In April 2000, at a ceremony in the Epcot Centre, Florida, Michelle won the coveted ‘World Young Business Achiever Award’ beating off top entrepreneurs from 14 countries.

In October 2000, Michelle was the winner of ‘Business Woman of the Year’ at the Corporate Elite Awards, followed in 2001 when HRH Prince Charles asked Michelle to join the board of directors for The Princes Scottish Youth Business Trust.