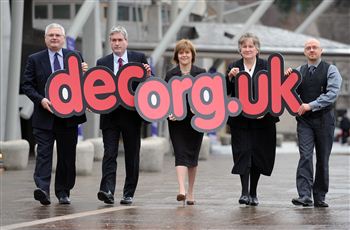 HOLYROOD’S political leaders have joined forces appealing for Scots to dig deep for victims of the Gaza conflict.

Deputy first minister Nicola Sturgeon hit out at BBC and Sky News’ “downright wrong” decision not to screen an appeal for aid.

She teamed up with MSPs from each of the Scottish Parliament’s political parties to back the Disasters Emergency Committee appeal for the Gaza crisis.

And despite being shunned by two huge TV corporations, the cash raised doubled overnight to more than £1 million after stations including ITV, Channel 4 and Five broadcast the DEC appeal.

In the past three weeks 1,300 Palestinians and 13 Israelis have been killed in the conflict.

Ms Sturgeon said: “I think the BBC’s decision is downright wrong and it’s rather insulting to their viewers because I think people can distinguish between taking a side in a political dispute and responding to humanitarian need.

“I personally will be contributing to this appeal and I hope Scots will continue their proud record in donating to appeals.

“I don’t think there’s anyone in Scotland who’s not been moved by the pictures we’ve seen on our televisions of the devastation in Gaza.”

Scots have a “clear responsibility” to donate to the appeal, according to Patrick Harvie, the Scottish Greens leader.

He said: “We have a clear responsibility as people living in a developed and relatively safe country not to take that for granted and not pretend that everybody lives in the same conditions.

“I’ll be making a donation and I hope people will at least look at the DEC website and consider donating to this urgent situation.” 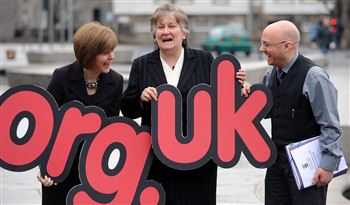 After an 18 month blockade of Gaza and three weeks of heavy shelling, the DEC say the humanitarian crisis in Gaza is now “completely overwhelming.”

Around 500,000 people are without running water, while electricity supplies to Gaza are erratic with 75 per-cent of the area cut off completely.

She said: “They are in need of really basic supplies like food and water, so we are looking for money to truck in that aid to people.

“It’s a collaborative effort between all the major charities, which allows us all to use the money we’re saving and plough as much of it as possible into practical help.

“Clearly we are disappointed at the BBC and Sky News not taking part in this instance, however our priority is making sure people in Scotland give to this appeal.”

Activist heading off to Gaza despite being held at gunpoint