A RETIRED soldier has admitted possessing and distributing sickening videos of girls as young as five years old being raped.

Ian Horner, 60, sent a convicted sex offender a video of a man performing a sex act on a girl as young as 12 years following a string of lurid texts with his fellow pervert. 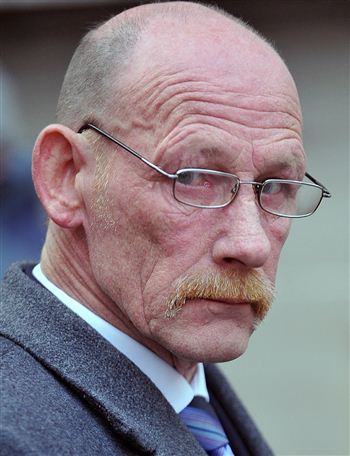 Horner, who served 12 years in the army, was caught in possession of a further four videos of children being raped by men when police raided his Edinburgh home.

The pervert was caught when police were tipped-off that Richard Hewitt, who had been banned from using the internet in 2005, was using a mobile telephone to access the web to feed his sickening lust.

When officers in England searched his phone they found the perverted correspondence from Horner, who was posing as a young girl as he sent videos and sordid messages.

He also pleaded guilty to a charge of distributing an indecent video.

Fiscal depute Dev Kapadia told the court how Hewitt had been convicted of possessing indecent images of children in 2005.

He was slapped on the sex offenders register and banned from using the internet.

But police in Cheshire were warned in 2007 that Hewitt had been using a mobile telephone to access the web.

He was arrested and his phone and sim cards examined by experts who found the video which Horner had sent him.

Mr Kapadia said the footage was a 13-second video of a man performing a sex act on a girl of between 12 and 14 years old.

The film was rated in the second highest category on the scale used to measure depravity.

Officers also found a string of text messages sent from “Niki” during the early hours of August 12, 2007.

The five messages, which were traced to a phone registered to Horner’s address, included references to rape, as well as asking Hewitt if he liked young girls.

The Cheshire Constabulary passed the information to Lothian and Borders Police who raided an ex-serviceman’s home where he had been staying and seized his mobile phone on March 15, 2008.

They also found four videos, also of the second most depraved rating, of girls aged between five and eight years old being raped by adult males.

Mr Kapadia said: “The accused admitted to the police that he used the tag Niki and that he pretended to be a 14-year-old girl and that he sent texts to Hewitt.

“He also admitted sending one video.

“He initially admitted that the girl in the video was underage but retracted that and said he thought she was border-line.”

Horner, of Hazelwood Grove, Edinburgh, was placed on the sex offenders register and will be sentenced in March.