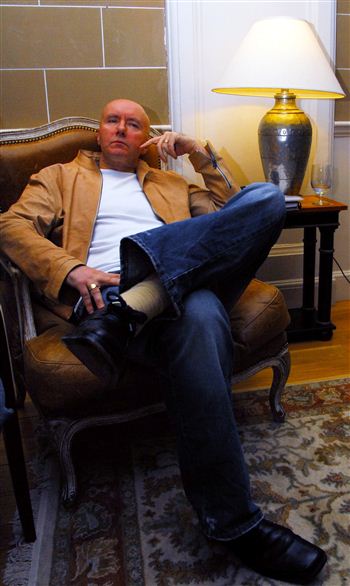 A SEQUEL to Trainspotting WILL happen, according to the man who wrote the original film.

There were worries Ewan McGregor, who played junkie Renton in the original, wouldn’t take part unless the storyline made him the star, while director Danny Boyle said he thought the actors had become too clean-cut.

But Welsh insisted in a weekend interview that he will make it happen by writing “the killer script.”

He said: “Andrew, John and myself are going to make Trainspotting 2 happen.

“We’ve agreed to go away in the spring and sit down for a couple of days to knock out a screenplay.

“The idea is we’ll get a good screenplay and pass that onto Trainspotting director Danny Boyle, and if he likes it we’ll look at ways to raise money to get the actors on board.”

The original film followed the lives of a group of Edinburgh heroin addicts and became an instant hit when it was released in 1996.

Many of the stellar cast, which included Jonny Lee Miller, Robert Carlyle and Kelly Macdonald, went on to carve out a successful film careers.

After the film’s surprise success, Macdonald and Boyle went on to produce a string of films together, including The Beach and 28 Days Later, while McGregor became a superstar even before his central role in Star Wars.

He said: “I would be loath to do anything that would damage Trainspotting.

“I love it too much to make a poor sequel and I didn’t think the follow-up to the book was that good.”

Further doubt was cast on a sequel in November when film maker Danny Boyle said the actors had become too dapper in their millionaire lifestyles to play drug addicts.

He said: “They’re in the sauna on the weekend, they’re moisturising and they do look very well kept, so it wouldn’t work at the moment.

“You’d have to do so much make up and stuff to change them enough.”

But Welsh is refusing to give up hope, saying he’s willing to rise to McGregor’s diva-demands and give him a bigger role.

He said: “I was surprised Ewan had a bit of a go.

“The problem for him is that there is no real role for Renton in it; that was something he expressed to me.

“If it was going to appeal to Ewan we’d have to rectify that in the screenplay and give Renton a more substantial role – and I don’t think we’d want to do a film sequel without Ewan.

“If we get a killer script then the actors will like it. If we don’t, then they won’t.”