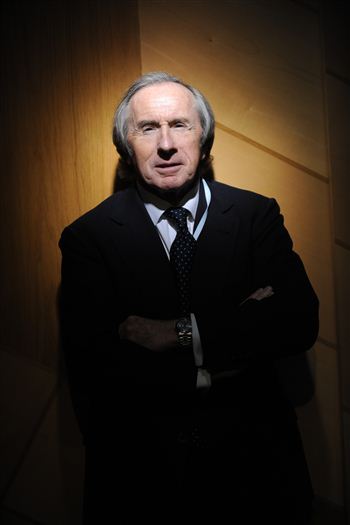 MOTOR racing legend Sir Jackie Stewart admitted that discovering he had dyslexia was like “being saved from drowning” yesterday.

Speaking at a dyslexia conference at Lothian & Borders Police College, the Flying Scot said that he still could not remember the alphabet – despite knowing the precise details of every racing course in the world.

The three-time Formula One world champion said that the condition had not stopped him from consistently finishing in pole position both on and off the racing track.

He said: “I wasn’t discovered as a dyslexic until I was 41 years of age, and one of the greatest losses of my life is that I have had no education.

“I was a failure, and the unhappiest years of my life were undoubtedly at school.

“However anyone with dyslexia can reach their true potential, with the right help and guidance.”

Almost one in ten people in Britain are believed to have dyslexia, including a number of high-profile celebrities such as Kiera Knightly, Sir Richard Branson and Sir Steve Redgrave.

Common signs of the condition include confusion over words and numbers, difficulties with short-term memory, and problems with clumsiness and co-ordination.

Chief Executive of Dyslexia Scotland Cathy Magee said that increased awareness of dyslexia could have a huge impact on the UK’s workforce.

She said: “Small but significant changes in the workplace could make a big difference in maximising the strengths of dyslexic employees.

“It is important to dispel the link between low intelligence and learning disabilities.”

Sir Jackie Stewart also spoke of the importance of educating people about dyslexia to avoid future generations being stigmatised.

He said: “People only seem to have sympathy or recognition towards children with learning difficulties.

“The reality is that once you are a dyslexic, you are always a dyslexic no matter what your age.

“However, with proper training and understanding, dyslexic people can be amongst the most successful in the world, but they do need help and assistance and that certainly is true of me, whatever success I have achieved in my life.”