By Cara Sulieman
A NEW club night is starting up in Scotland – for “large ladies” only.

Big Girls Paradise is a clubbing sensation that has swept the country since the nineties, sadly leaving Scotland out. 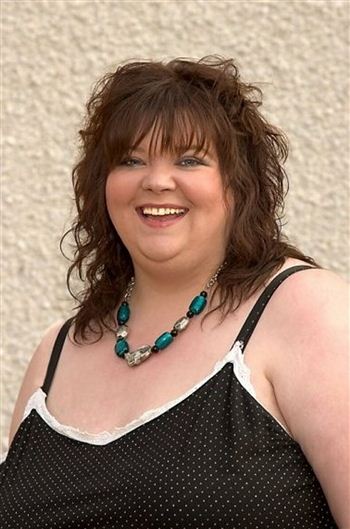 But now a larger lady in Dumfries has organised the very first club night in Scotland for “big girls and the men who adore them.”

Kerry-Anne Jonsson – a size 28 – thinks it is important for women to get out of the house without fear of being ridiculed.

She said: “These nights are for women like myself and for men who like us the way we are so there is no need to fear you will be ridiculed.”

After watching a documentary about the club nights on Sky, Kerry-Anne realised it was something she wanted to be involved in.

She said: “It was something I was very passionate about. Being a bigger woman I have never had any problems.

“It has never stopped me doing anything I want to do and I want more big woman to feel more comfortable and confident about themselves.

“These nights are needed as society as it stands does not recognise bigger woman. Woman feel they can’t go out to clubs for the fear of being ridiculed and have pranks played on them by men.

“At least with these nights they can be who they want to be and the men who attend adore bigger woman.”

With no parties planned for Scotland, Kerry-Anne decided to get in touch with the founder, Linda Koch, and get the ball rolling.

Since starting in 1995, the nights have spread across the UK, with regular events in London, Cardiff, Manchester and Newcastle, amongst other places.

Linda Koch doesn’t feel as though people should be criticised for their weight, which is the main reason she set the organisation up.

She said: “I am a plus-sized woman but not because I sit on the couch all day. Your size doesn’t mean you are lazy; it could be medical in some cases.

“It should be a person’s own choice if they want to lose weight or stay the way they are. As long as it is not affecting their health why shouldn’t they be proud of their size?”

The scheme has had support from various organisations, including the size acceptance group Big People UK.

Jo Morley, from the group, said: “The word fat itself is an issue. It is used to insult people who are fat.

“How can you judge a person from their appearance without getting to know them?”

But others are worried that the club nights are encouraging people to be overweight, which may lead to health problems in the future.

Andy Carver, from the British Heart Foundation Scotland said: “It’s so important that people try to avoid becoming overweight and keep their waist measurement within the healthy range.”

The club night will be held at Locharbriggs Social Club in Dumfries on Friday 27 March.