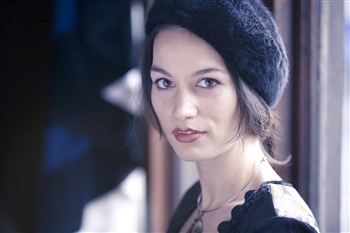 By Cara Sulieman
A SCOTS singer will honouring Billie Holiday on the 60th anniversary of her death.

Niki King will be performing the sultry sounds of Holiday’s music in two gigs around the country.

The former Perrier Jazz Vocalist of the Year was inspired by the famous jazz singer and wants to share her music with a wider audience.

She said: “Billie Holiday will always be remembered through her music. This show is a celebration of that music and of Holiday as a songwriter.”

“I have always loved Billie Holiday. To me she is an inspiring singer who commands attention through her natural voice, delivery and musicianship.

It is not only Billie Holiday’s music that King admires, but also the way the legend faced up to adversity and used her experiences to make her songs better.

She said: “The time of prejudice that she worked through, the hardship and awful situations endured growing up; all of this pain and vulnerability comes through in her songs.

“But it is also her personal strength, courage, kindness and, of course, talent that makes her such a unique voice.

The 32-year-old from Edinburgh is excited about the project and hopes that it will introduce a new generation to Holiday’s music.

She said: “It’s a celebration of Billie Holiday’s music and the kind of amazing music she brought to the table.

“They will be much more intimate gigs which will allow me to connect with the audience.”

King will be performing a wide variety of Holiday’s songs from well-known classics such as Lover Man and Don’t Explain, as well as some of her hidden gems.

For King, singing these enigmatic songs is both an honour and a challenge as she has big shoes to fill.

She said: “I hope to capture and share the sentiment of these songs, the timeless stories and melodies.

“Great songs last forever and nothing proves it better than Billie Holiday’s songbook.”

As well being famous for her musical genius, Holiday is known for the hardship trials of her life.

With two alleged rapes against her, time working as a prostitute and just under a year in jail for drug possession; it was one scandal after another for the tragic crooner.

It therefore came as no surprise that she was arrested for drugs possession again when she lay dying of cirrhosis of the liver in hospital in New York.

When she died in 1959, Holiday left behind a musical legacy that is celebrated to this day, and Niki King is continuing that celebration in Scotland.

The first gig will be a Glasgow’s City Halls on March 6, followed by a performance at the Eden Court Theatre in Inverness on May 29.