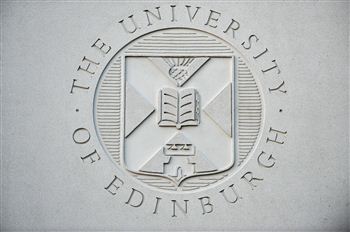 TWO FAMOUS explorers are coming to Scotland to share their experiences from travelling the globe.

Michael Palin and Nicholas Crane will be chatting about their adventurous pasts in a series of lectures focusing on Geography.

The Royal Scottish Geographical Society and Edinburgh University will be hosting the talks, both of which focus on recent travels of the two men.

The former Monty Python actor’s lecture is entitled ‘Twenty Years on the Road’ and will cover the sights he has seen in a travelling career that has taken him around the world.

Starting in 1989, Palin has gone pole to pole, survived the Sahara, explored the Himalayas and gone around the Pacific Ocean, establishing himself as a great travel presenter in the process.

Just back from Eastern Europe a year ago, Palin will be talking about his time travelling through some of the world’s most extreme environments, and the impact this has had on him.

Nicholas Crane is a geographer and journalist whose adventurous career spans more than twenty years with a vast number of articles, books and programmes under his belt.

With a passionate love of geography, he often writes about the joys of exploring an area with only a map and a compass.

Since learning more about global warming in the 1990’s, Crane now refuses to fly, which limits his scope for exploring and presenting.

However, the Coast star has found a niche in travelling around Britain, introducing his audience to the wonders and variety of the UK.

In the past he has explained his love of the British Isles.

He wrote: “By rights we should have a Canadian climate, but we don’t – we have palm trees in North West Scotland and we have these four wonderful seasons. Depending on what time of year you go around Britain you’ll see we have a landscape of extraordinary diversity.

“One thing we I wanted to do on Map Man and Coast is show this diversity to British viewers so I feel passionately about singing Britain’s praises.”

Bringing his enthusiasm to the lecture, Crane will deliver a talk on ‘Great British Journeys,‘ based on the BBC programme he is currently filming looking at the different ways to travel around the country.

Michael Palin will be at Assembly Hall in New College on Friday March 13 and Nicholas Crane talks at the George Square Lecture Theatre this Thursday, February 5.