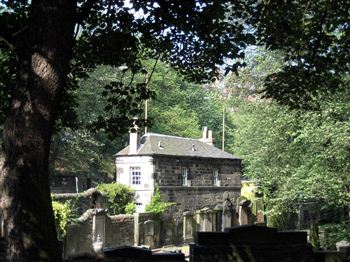 By Cara Sulieman
SCOTTISH homeowners feel safer in their homes than the rest of the country.

But they don’t always feel safe and secure, with more than half the population losing sleep thinking about fires and the same amount concerned someone will steal their identity.

The Halifax Peace of Mind Survey, released yesterday, looks at who feels unsafe, and what makes them feel secure.

Some surprising results were thrown up by the survey, with women feeling safer when living by themselves than they do living with their parents or in shared accommodation.

And younger people are more likely to feel threatened in their home, with everyone surveyed who was under the age of 35 scoring lower than the national average.

On the other hand, the fact that women don’t feel as safe in their homes as men won’t come as a surprise to many people.

And rural communities are filled with happy, secure feeling residents, compared to their scared counterparts in the city.

Other people being around is the number one way to improve a sense of security, with a whopping 72 per cent of Scots saying that is what works for them.

Security locks on all the windows and doors comes a close second with 70 per cent needing that assurance.

The old traditional landline makes over half of Scots feel safer when they’re home alone.

Martyn Foulds, Senior Claims Manager at Halifax Home Insurance, is surprised by some of the results, but hopes the report will provide useful advice to homeowners.

He said: “Society has changed significantly in the past few decades. The aim of the Halifax Peace of Mind Campaign is to get to the core of what makes people feel safe in the home.

“Although it reveals that the majority of Brits still feel safe in the home, some of the findings are surprising. For example, women living alone have a higher Peace of Mind score than those living with parents, in shared accommodation or as a single parent.

“Ultimately we hope that this report will act as a source of useful information and advice to help those who may face uncertainty or adverse circumstances at home in the future.”