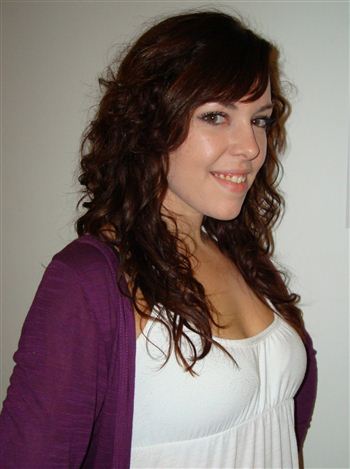 A BUDDING Scots actress has landed a job with a prestigious Italian drama company – after posting her audition on Youtube.

Amy Irvine, 21, was on tour with a Scots theatre production when auditions were being held for the world-famous ‘Theatrino’ company.

And the young student from Dunfermline, Fife, was so desperate to join the government-backed Italian actors she came up with a novel way of impressing the organisers.

Knowing she couldn’t attend the auditions, quick-thinking Amy put four audition tapes up on the social networking website Youtube and sent the links to the theatre group’s management.

Bosses at ‘Theatrino’ were so impressed they immediately offered Amy a contract for a six-month tour of major Italian cities.

Currently in Italy preparing for the tour, Amy is said to be “delighted” at landing the esteemed thespian position.

She said: “I saw the job advertised in The Stage, but I couldn’t make the audition because I was on tour.

“So I decided to put my audition tapes up on Youtube and sent the audition panel the link.

“I really didn’t think it would work but they must have liked the tapes.”

Theatrino was set up by the Italian government to promote the teaching of English to primary-age schoolkids throughout the country.

Their performances consist of sketches adapted for a particular age group focusing on a particular theme and grammatical point.

The group’s overall emphasis is on promoting spoken English in a fun and interactive way.

Amy joined Adam Smith College straight from sixth year at school, and went on to complete an HND in Acting and Performance.

After graduating she jumped straight into a position with the College’s theatre company Re-Cognition, while at the same time studying for a qualification in Physical Theatre which is run by the Kirkcaldy college in partnership with The Arches in Glasgow.

She said: “The work I’ll be doing in Italy is really similar to what we do in the Adam Smith College company, but with the added bonus of it being abroad.

“I’ll be performing in English language productions at primary schools throughout Italy.

“We’ll be doing fairytale-type plays and afterwards we’ll hold workshops with the children to help develop their English skills.”

And the talented actress admits working with young people was a motivating factor in her applying to work in Italy.

She said: “Once I started touring with Re-Cognition I knew I wanted to work with young people.

“I am really excited about touring with a drama company in Italy – it’s too good an opportunity to miss.

“The experiences with the company opened my eyes to how broad the theatre spectrum could be and how it could contribute to education.

“I have already been in touch with some of the other actors who will be touring with me and I’ve arranged to meet up with them before we arrive in Italy.”

Margaret MacMillan, Curriculum Head at Adam Smith College, said: “We are absolutely delighted for Amy – she has been with us for three years and this is a fantastic opportunity for her.”