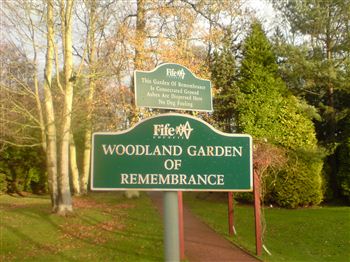 MOURNERS have slammed their local council in a protest at plans to remove touching tributes from gravesides.

Fife Council have decided to impose a ten-year-old policy which will see cemetery officials being ordered to remove the personal items left by families from graves.

But council representatives failed to show up to a stormy meeting this week held to discuss the ongoing problem.

And angry locals have now said the council’s no-show was the “ultimate insult” to the memory of their deceased relatives.

Grieving Fifers have been told they will be notified in writing about the council’s plans this week, with some claiming it to be “desecration”.

If the official letters are ignored, the graveside memorabilia will be removed by cemetery staff.

One relative, who has recently buried his father, said: “I’m absolutely furious at the arrogance of these people. I should be allowed to mourn my dad any way I choose.

“If they touch that grave it’s desecration.”

Another relative said: “The council are afraid of the public because they know they’ve went about this the wrong way. They need to get their priorities right.”

Mark Hood, Labour Councillor for Lochgelly and Cardenden, was one of the few officials to attend the meeting, and claimed the council’s decision to miss the event caused a “great deal of distress” to the relatives.

He said: “The failure by any member of the administration to take time to come along and listen to the very real concerns of Fifers shows nothing but crass sensitivity.

“The people I met at the meeting were not unreasonable and simply wanted their concerns addressed.

“It is clear that the manner in which the administration has chosen to deal with this issue has led to a great deal of distress.”

But, Liz Murphy, Fife Council’s Bereavement Services Manager, said although no-one from the council had bothered to turn up and meet with the relatives they “have already met with several local people in this area and addressed their concerns”.

Mourners in Fife will be sent two letters detailing the council’s plans to remove all graveside objects that extend beyond eight inches from the gravestone, and if there is no response from the relatives all of their touching tributes will be removed.

He said: “It’s a big job to get that knowledge across to people. I think that, eventually, people will see the sense behind the policy.

Row over new housing estate with its own cemetery

Cemetery patrols stepped up after dogs allowed to poo on graves