Wall-E robot to clean our water 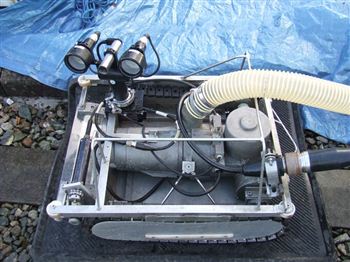 A WATER firm has taken inspiration from hit movie Wall-E – by launching a look-a-like robot to help clean our water supply.

But the VR600 is no Disney creation – it’s the first of its kind to work underwater in reservoirs to get rid of any impurities.

And it has been drafted in by water quality engineers Panton McLeod to keep drinking water safe for millions of Scottish homes and businesses.

The revolutionary robot has been used by the firm for a few years but is now becoming famous just like his Disney look-a-like.

Operation’s director Paul Henderson said: “It was only after the Disney film came out last summer that people started referring to it as our WALL-E robot. Before then, we were usually told that it looked like Johnny Five from the Short Circuit films!” 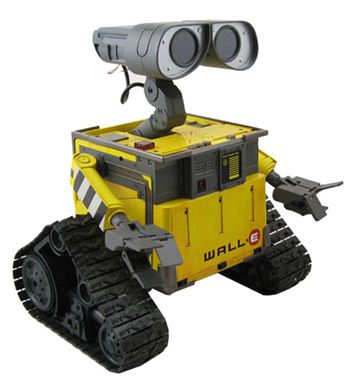 As Wall-E works alone to clean up the mess, his look-a-like is guided by a team who make sure the VR600 does the same.

Paul added: “”WALL-E is a waste management robot, so in that respect our machine is very similar and we try promote the same environmental message that the film does.

“It’s also gone down really well with our kids, who love the fact that their dads have a Wall-E robot at work!”

Before the VR600 came along tanks would have to be closed for a team inspection but now the firm’s robot friend can get to work with little trouble.

The tanks and reservoirs the robot is hired to clean can stay open with the water still in use as he cleans.

The Borders-based firm are the UK’s leading water cleaning engineer and have used the VR600, with his robot eyes like Wall-E, to clean six reservoirs across Argyll & Bute.

Scottish Water’s Dunoon operations team leader said: “We chose to work with them because of their expertise in tank cleaning and because this novel way of carrying out the work helped minimise disruption to our customers in the area.”

And the VR600 proved his skills when he was put to work in the Rashfield and Bishop’s Glen reservoirs managing to lower the manganese levels and keep the water purity high.

The VR600 cleans the water on site and returns it into rivers at the same time as preventing wastage.

As well as doing a great job the robot is becoming famous along the way.

Paul added: “We get people from the water companies coming up to us commenting on the likeness – we’ve even been called the Wall-E guys by some of them!”

60+ Educational Titles for Kids to Watch on Disney Plus

University graduate thanks Dundee for allowing him to achieve his dream